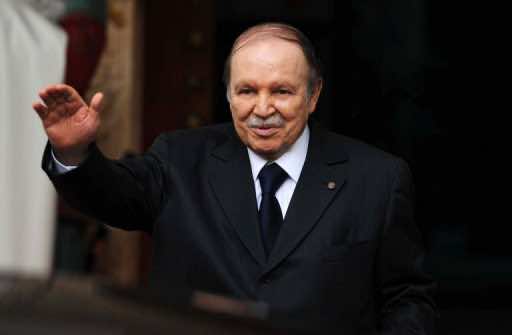 Algerian President Abdelaziz Bouteflika’s return home after almost three months in hospital in Paris raises questions about his ability to complete the last nine months of his term, commentators say.

In a brief video broadcast on state television on Tuesday, Bouteflika appeared pale and tense as he was seen meeting his inner circle of officials.

Their discussion was inaudible, apart from one point when the president, who had spent 80 days in France after a mini-stroke, made an effort to say “inshallah” (God willing).

It was almost a repetition of footage from June 11 in which he was seen receiving Prime Minister Abdelmalek Sellal and army chief General Ahmed Gaid Salah in the Paris hospital.

The earlier broadcast sparked a wave of rumours about Bouteflika’s health instead of reassuring the public and the Algerian media.

His health has been a source of constant speculation in Algeria, where little has been revealed about the condition of the man who has ruled the country since 1999.

On Wednesday, the media reaction was similar to last month’s hospital footage — with speculation about both his own and the country’s future.

All newspapers carried a presidency statement reporting his return after foreign news networks announced his rather discreet departure from Paris on Tuesday.

His office said that Bouteflika “will continue to rest and undergo therapy”, but did not say for how long.

Some media commentators said what many were thinking.

“Will he perform his duties?” asked the evening papers Le Soir d’Algerie and El Watan.

“While it is clear that Bouteflika will not put his name forward for a fourth term, is he capable of remaining president until his current mandate” expires in April 2014, asked El Watan.

The daily is generally critical of the 76-year-old head of state who has been in power for 14 years.

Bouteflika’s fragile health has weakened his chances of standing for a fourth presidential term, although his supporters have still not ruled it out.

During his hospital stay in Paris, he was credited with taking policy decisions and sending messages to several countries.

But he still needs to sign a supplementary budget law for 2013 and manage other key affairs of state.

And he also has to implement political reforms launched in the wake of the Arab Spring, changes that the opposition has deemed not to go far enough.

Ongoing constitutional reforms also appear to have been put on the back-burner during his absence.

The head of French-language daily Liberte, Outoudert Abrous, wrote in an editorial that in May 2012 Bouteflika “himself said his generation will pass the torch to the post-independence generation. But he failed to lead by example. He did not follow his words with deeds.”

He said the president’s lengthy hospitalisation appeared to have exhausted him completely.

Daoud said Algeria has discovered during his absence that “Bouteflika was not necessary, but change is necessary”.

A fierce critic of the Algerian political system, Daoud believes the head of state’s return will not change anything.

“Nothing, except how to kill time until the next presidential election. The man will gain time, the country will lose it, and this suits a controlled transition,” he wrote.