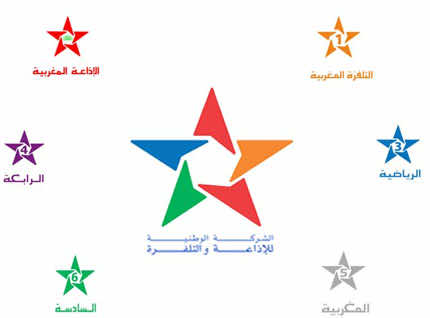 Seven days have now elapsed since the start of Ramadan and Moroccans are criticizing the Moroccan TV programs that are exclusively dedicated to the holy month because they have thwarted their positive expectations. The public has almost blacklisted all Ramadan TV programs, except for a scarce few.

Jar ou Majrour, the Moroccan hidden camera show, seems to top the blacklisted Ramadan TV programs. Analysis videos scrutinizing the tiniest details of the show have turned viral on the net. These videos have unveiled a bitter reality behind this genre of TV Shows in Morocco: most of them are merely fabricated!

In one of the scrutinized episodes of Jar ou Majrour, in which Idriss Roukh, a Moroccan actor, was supposed to be the victim, the victim and entire staff seem to have faked the entire scene. A Moroccan internet user, who posted the recorded episode with added remarks, pinpointed the blatant technical mistakes made by the staff and highlighted the absence of creativity in Moroccan TV this Ramadan, raising the question, “Are we this stupid?”

Hence, Moroccans have become more aware of the content of TV shows they watch. The analytical videos have directed vigilant lenses towards anything broadcasted on Moroccan Channels in Ramadan.

Recently, a Moroccan YouTube Channel posted a video, which was ostensibly shot discretely and from a distance, of a TV staff fabricating a hidden camera scene in the street. The video’s title and notifications claimed that the scene was shot for 2m, and that the hidden camera was allegedly part of the Ramadan hidden camera show, Jar ou Majrour.

In the video, the camera operators seemed to collaborate with the actors, who are supposed to be random victims in the street. The video shows a cameraman directing the scene and asking the actress (so-called victim) to go ahead and start the comedy. The gorilla-disguised guy who was supposed to crop up and scare her had already taken his position awaiting the signal of the cameraman.

Comments on the video ranged from sarcastic remarks to boiling attacks at Moroccan TV. One of the comments read, “Do they think we’re that dumb?”

“I think this is the funniest hidden camera show ever, not because the idea is original or well put together, but rather because it’s a fail, and fails are funny,” read another, more sarcastic comment. Other comments were so offensive towards the content of the video that it would be inappropriate to quote them.

While a segment of Moroccan public opinion focused on the cons of Moroccan TV programs for this Ramadan, another segment shed light on the pros despite their scarcity. Moroccan comic show, “Al Couple”, featuring Moroccan talented comedian Hassan El Fad and Dounia Boutazout, seems to have preserved the last glimmers of hope remaining for Moroccan TV to appeal to its unpleased audience in Ramadan.

Episodes of the hilarious TV duo have flooded the web, and comments of satisfaction and recognition have outnumbered those of criticism and disapproval. Al Couple appears to have granted Moroccans a dose of humor that has substituted the disapproval of other TV shows.

In Al Couple, humor has an idiosyncratic appeal unlike any other comic show designed for the Moroccan public. Most positive impressions result from the simplicity of the dialogue between El Fad and Boutazout, and its laughter-inciting affect on the Moroccan audience. El Fad’s well-known, child-like facial expressions and circular reasoning mingle perfectly with Boutazout’s assertive personality and comic facial expressions.

While each episode of the comic duo barely lasts 3 minutes, this laconic span of time has been enough to elicit the positive impressions of the bulk of Moroccan audience. “My daughter and I can’t stop giggling when El Fad utters a word,” said a Moroccan mother. “He looks hilarious, sounds hilarious…well, everything about him is hilarious,” confirmed her daughter.

One more signal of the success of Al Couple is that some of his gags are now in everyone’s conversations. I myself have heard a number of the jokes, that I personally find myself unconsciously blurting them out.

El Fad’s sense of humor, at least in Al Couple, is based on the probing of banalities and facts taken for granted. His circular reasoning, absurd conclusions and contradictory actions and utterances incite the Moroccan spectator to deploy, what could be named “humorous reasoning”, to decode his gags. After decoding the joke, the spectator enjoys a sense of accomplishment coupled with a dose of humor that eventually result in spontaneous, and sometimes ceaseless, laughter.

Other similar TV Shows lack this appeal to people’s sense of “intelligent humor.” The sensation of a déjà-vu alters a great percentage of the humorous effect on the audience. The predictability of humor has always been its antithesis. El Fad’s jokes and gags in Al Couple reflect a discernible handwork invested in the dialogues between both comedians.

The humorous effect is well calculated in terms of positioning, as each scene in the show ensures to leave the spectator with a dose of humor before transiting to the next scene.
What other Moroccan TV Shows have to take into account is the dynamism of the spectator’s intelligence, or I would personally call “TV intelligence.” TV intelligence develops gradually with continuous exposure to TV content.

Hence, TV programmers have to take into consideration the increasing TV intelligence of the Moroccan audience. Creativity is the only way to thwart audiences’ expectations and surprise them. Moroccans need to be challenged in their thoughts and tested in their intelligence, rather than their mental abilities being mocked.