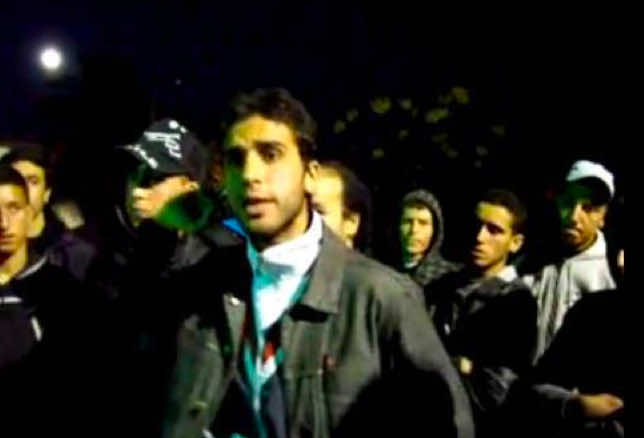 On Tuesday, July 16, Human Rights Watch called on Moroccan authorities to free Abdassamad Haydour, a university student from Taza (110 km east Fez) convicted of offending the dignity of the king. Human Rights Watch said that Moroccan authorities should release the student to comply with the spirit of the new constitution which enshrines the freedom of speech, stressing that Morocco should repeal the repressive laws that put Abdassamad behind bars.

“If Morocco really intends to implement the guarantees of freedom of expression provided by the new constitution, it must get rid of laws that send people to jail for insulting the head of state, even if what they say may seem rude,” said Joe Stork, acting  director for the Middle East and North Africa at Human Rights Watch.

“Haydour’s attack against the king may seem rude and disrespectful to some people, but as long as he is in jail for speaking thus, no Moroccan really has the right to speak freely of the king,” he added.

The human rights organization added that Abdassamad Haydour, 24, has already served half of his three-year sentence for a YouTube video considered offensive to the king and that the period he spent is the longest for a crime of this type during the past few years.

Abdassamad Haydour was sentenced by the court of Taza on February 13, 2012 to three years in prison and a fine of MAD10,000 for “insulting the king,” in accordance with Article 179 of the Penal Code and Article 41 of press code.