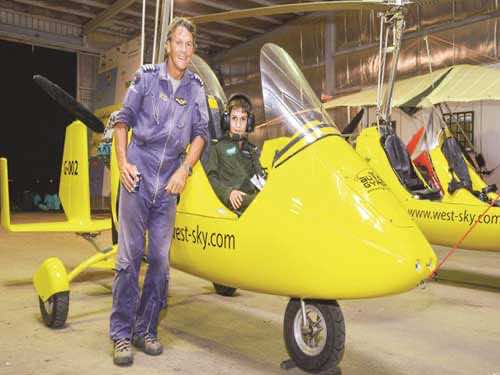 Ali Mehdi, a ten-year-old Saudi child, managed to obtain pilot’s license from one of the distinguished Saudi Aviation colleges, reported the Saudi “Al Hayat” on Wednesday.

According to the civil aviation committee, Mehdi has become one of the youngest pilots of the world.

In an interview with the same source, international coach Captain John said: “Thanks to Mehdi’s willingness and enthusiasm to learn, he managed to master the necessary aviation skills without much difficulty during the four-month training.”

“Equipped with the necessary tools, he succeeded to fly 1000-1500 miles above the ground on his own,” wrote  Saudi daily “Al Hayat” on Wednesday.

“My son has always dreamed of flying a plane. He has had this dream since his primary school days,” Mehdi’s father said in an interview.

“Yet, the expenses I took in charge for the sake of realizing my son’s dream were incredibly high,” the father added.

In addition to mastering the basic skills of aviation, Mehdi speaks English fluently. His fluency in English motivated him to easily interact with aviation trainers from across the world and to learn more about his favorite field.