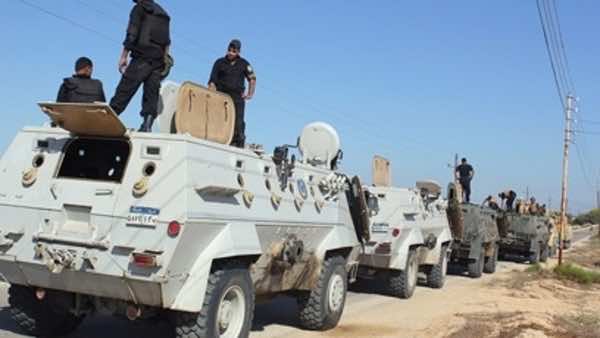 Three unknown gunmen attacked a police station in the town of Sheikh Zuweid, wounding three policemen in a gun battle before fleeing in their vehicle, the officials said.

One of the wounded, identified by the MENA state news agency as police officer Mohamed Said Metwali, 34, died at the El-Arish hospital shortly afterwards.

Another policeman was shot dead by gunmen outside his home in El-Arish, the main town in north Sinai.

Late on Wednesday, militants opened fire on a police station in El-Arish, killing a police conscript who was standing guard outside the building, before fleeing in their vehicle.

And on Tuesday, militants fired rocket-propelled grenades at a checkpoint in the border town of Rafah, wounding six police and two civilians, security sources said.

The latest attacks in the increasingly lawless region, home to Egypt’s luxury Red Sea resorts, came as Egyptian troops massed for an offensive against Islamist militants there.

The latest batch of Egyptian military reinforcements arrived in Sinai on Wednesday, a day after Israel gave Egypt the go-ahead to deploy two battalions to the region to “fight terrorism”.

Since the military coup that toppled Islamist president Mohamed Morsi on July 3 after massive nationwide protests, militant groups have launched almost daily attacks on troops and police in Sinai.