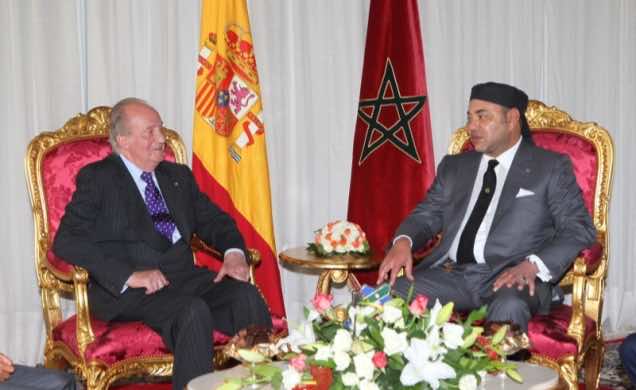 King Mohammed VI and King Juan Carlos I commended the excellent bilateral relations in all areas, as well as the strengthening of exchanges at all levels between Morocco and Spain and encouraged their governments to stay on this track to further this new model of good neighborliness between the two kingdoms.

The joint statement, issued Thursday on the occasion of the official working visit of the Spanish King to the kingdom, notes that bringing the two peoples closer fosters efforts by both countries for a better mutual understanding, adding that cooperation on migration and in the fields of Justice and the Interior is exemplary and that the dialogue between officials are direct and fluid, as reflect the ministerial meetings and ambitious working programs.

It also underlines that the precious contribution of Moroccan expatriates in Spain and the Spanish community in Morocco, to strengthen human relations between the two parties, has been hailed, and the role of civil society was also underscored.

The two sides also welcomed the establishment of a new Friendship Circle for Hispanic-Moroccan figures which should serve as a catalyst for new active solidarity bonds.