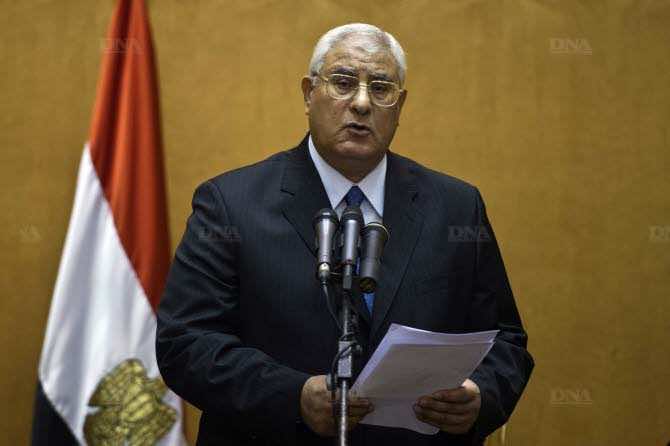 Egyptian President Adly Mansour vowed on Thursday to battle for security “to the end”, as Islamists promised new protests against his army-installed interim government.

“We are at a decisive moment in Egypt’s history, which some want to steer into the unknown,” he said in a televised address.

“We will fight the battle for security to the end. We will preserve the revolution.” Mansour, a top judge appointed as caretaker leader after the military’s overthrow of elected president Mohamed Morsi on July 3, again offered an olive branch to Morsi’s Islamist backers.

But he also pledged “transitional justice,” amid calls for the prosecution of Morsi and a crackdown on his Muslim Brotherhood movement.

“The framework of justice and reconciliation extends to all,” he said. The Muslim Brotherhood has refused any dealings with Mansour and has said it will keep up its protests until Morsi is reinstated.

It has called for new rallies on Friday. Anti-Morsi groups have called for counter-demonstrations.