Casablanca - At the moment, the Arab political scene is in chaos and no one can predict how things will begin to look, especially in such homogenous societies marked by socio-cultural, ethnic and religious diversities and in a region where authoritarian regimes have been ruling with an iron fist for decades of social violence and totalitarianism. The region is also characterized by its central interest in the agendas of the international community due to the process of establishing a peaceful acceptance of Israel, an aim that has still not been achieved. 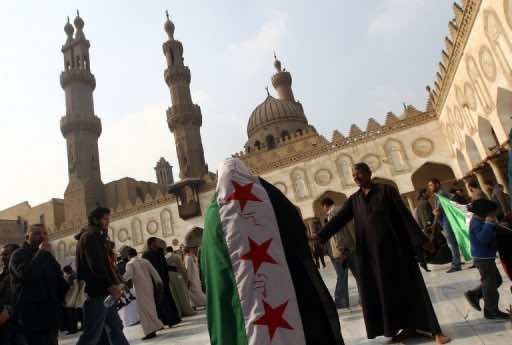 Casablanca – At the moment, the Arab political scene is in chaos and no one can predict how things will begin to look, especially in such homogenous societies marked by socio-cultural, ethnic and religious diversities and in a region where authoritarian regimes have been ruling with an iron fist for decades of social violence and totalitarianism. The region is also characterized by its central interest in the agendas of the international community due to the process of establishing a peaceful acceptance of Israel, an aim that has still not been achieved.

The moment of explosion, which began from the invasion of US to Iraq until the rise of the Arab Spring,  has actually re-distributed the power and the roles of historical supporters and at the same time has driven the region to turmoil. While nationalism featured as a threat to the political stability in particular to Israel, its second face was colored in red due to the bloodshed and dictatorship against individuals and anti-regime political groups. However, all of those ethnic, political and religious differences have been vanished by force in favor of that common enemy defined by those regimes as a threat to national identity and revealed them as strugglers and warriors; the talk here is about Iraq, Syria, Egypt, Yemen and Libya.

The collapse of the Arab nation state, as described by many thinkers and pundits following the Arab spring, highlights the subject of ethnic and religious minorities and their future within the new states being formed and whether democracy could help really preserve their rights. Consider the Kurds, Shia, Doreuse, Christians, Amazigh and other ethnic or religious groups who suffered under the nationalism ideology. Will the Arab revolution satisfy their demands and rights? Or should we experience the same scenario of Yugoslavia after the World War II that caused Yugoslavia to split into seven small states following the bloodiest fighting In Europe. Avoiding cynical views, I would say that the task is very complicated and the violent fighting and wars that are still happening in Syria and Iraq highlight the worst scenario. Sudan’s split into North and South Sudan after deadly civil wars is an example.

Revolution as a process of changing the political order and its social and economic proxy is always a historic crossroad that affects the lives of people and states, as well as the nations in connection. This is why the interveners in defining the future image of peoples in revolution could be as numerous as the number of beneficiaries of the old systems. In the case of Syria, which has turned tragically into a bloody battlefield only when people had woke up and started protesting peacefully against dictatorship for the sake of liberty and democracy. Unfortunately, democracy and freedom here is not compatible with the strategic purposes of the historic allies. Russia is playing an important role in the Syrian war, along with its Iran and Hizb Allah movement, so as to maintain the regime of Allassad from collapsing. Whereas in the other side, the US and Israel along with their Arabian allies are fighting to secure Israel and dwarfing the expansion of Iran in the region.

I believe in freedom and democracy efficiency and in non-violent struggle toward the realization of those values. This is why dictatorships always fear from the inner peaceful revolutions and prefer indeed dealing with an armed enemy, in the sense that the tactics of non-violent protests are more effective than those of the armed groups. But who will believe in these theoretical and abstract hallucinations especially in these days of extreme violence and hatred? Only those human and rational individuals and groups will do that. The very remarkable example is a group of Syrians who formed a non-violent movement trying to work on the other side of war, such as preserving children rights to food and study, and lately they published their numeric activity map along the country.

We must, indeed, extract lessons from history and revolutions all over the world, because there is always something in common and maybe the Arab revolution learned more from ancient experiences, though there are obvious differences in political backgrounds. The events happening recently in Egypt, the army coup against the brotherhood government democratically voted by people, highlights again the unwillingness of the army institution and their allies to leave people design their future for better wellbeing development. Whether the brotherhood had breached the democratic mechanisms or not, but at least it is the duty of the civil anti-government to reveal that and fight with the legal tools against the amplifying of the state.

Democratization of the Arab world after the post-revolutionary period needs hard work not only from the political parties but also from the civil community whom is the first concerned and the most benefited. However, obstacles still exist -and always actually- against the changing of the well protected political order. The so-called, “Opposite revolution” revealed the protesters as a destroyers of the social and economic order and tried fueling the sedition between religious and ethnic groups so that to revive the sectarian conflict and block the path to success of the revolution.

I do agree that revolution is not panacea as well as democracy is, but they are of extreme importance in societies as we live in. What we need now in this transitional period is a national agreement to collaborate all together between all political activists to form a national unity government, avoiding all political sensitiveness and building new societies of strong institutions, liberties and human rights.