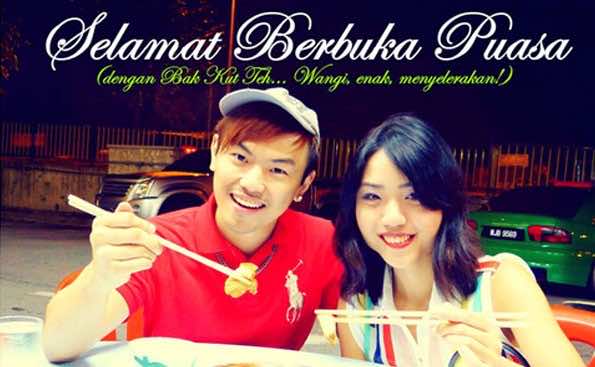 Alvin Tan Jye Yee and his partner Vivian Lee May Ling, A Malaysian couple, posted on Facebook a photo where they appeared drinking pork soup with the halal logo and describing the meal as “delicious and mouth-watering”.

According to some Muslim Malaysians, posting such as photo during the holy month of Ramadan is a way of making a mockery of Islam and Muslims.

Since pork is forbidden in Islam, some Muslims accused the couple of provoking the Muslim community not only in Malaysia but throughout the Muslim world, especially as the offense comes during Ramadan.

“Islam is mocked everywhere, unfortunately, even in Malaysia where the majority of the populations are Muslim, ” Talibi Tayib, a professor of Islamic studies from Morocco, told MWN.

After the uproar caused by their move, the couple apologized for posting the photo and added that they did not mean to offend the Muslim community.

“We were only joking; Muslims must not take it personally,” the couple was quoted as saying.

According to the International Business Times, the couple has been charged with three counts under Malaysian Laws.

It is worth noting that around 61 per cent of Malaysia’s population are Muslims, while the rest of the population is made up of Buddhists, Christians and Hindus.