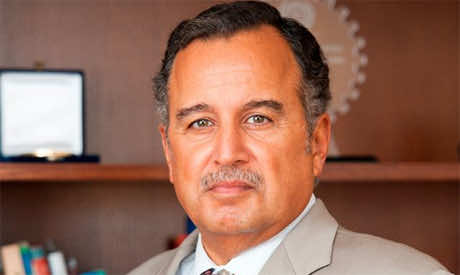 “Everything will be re-examined,” Fahmy said of the decision to sever ties with Syria.

“It doesn’t mean they will resume or not resume,” he told reporters.

“There is no intention of jihad in Syria,” he added, in reference to calls for a holy war in Syria under Morsi’s presidency.

Morsi announced on June 15 the “definitive” cutting of relations with Syria, which has been ravaged by more than two years of bloody civil war.

Egypt closed its embassy in Damascus and shut down the Syrian mission in Cairo after the announcement.

The military ousted Morsi on July 3 in a popularly backed coup.

During his single year of rule, Morsi’s Islamist-dominated government had repeatedly called for Syrian President Bashar al-Assad to step down, and urged the international community to impose a “no-fly zone” over the country.

Fahmy also said on Saturday that he supported a political solution to the conflict in Syria.