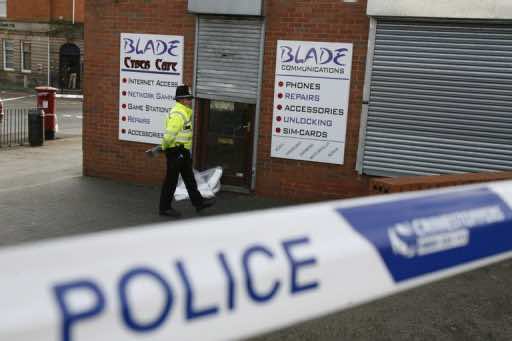 British counter-terror police Saturday arrested a Ukrainian man who is suspected of involvement in bombings at several mosques over the separate murder of an elderly Muslim man.

Mohammed Saleem, 75, was stabbed to death on April 29 in Birmingham, central England, as he was on his way home from a local mosque.

West Midlands Police said a 25-year-old Ukrainian man who was already in custody had been formally arrested on Saturday over Saleem’s murder.

The killing, which was first treated as a racist murder but then unexplained, is now being treated as an “act of terrorism” and part of a wider counter-terror investigation, the force said.

The suspect and another Ukrainian, aged 22, were initially detained by police on Thursday as part of an investigation into explosions near mosques in the nearby towns of Tipton, Walsall and Wolverhampton.

There has been a rise in anti-Muslim incidents in Britain since May, when a soldier was hacked to death on a London street in a suspected Islamist attack.

The explosion at the mosque in Tipton on July 12 coincided with the funeral of 25-year-old Lee Rigby, who was murdered in broad daylight near his barracks in Woolwich, southeast London.