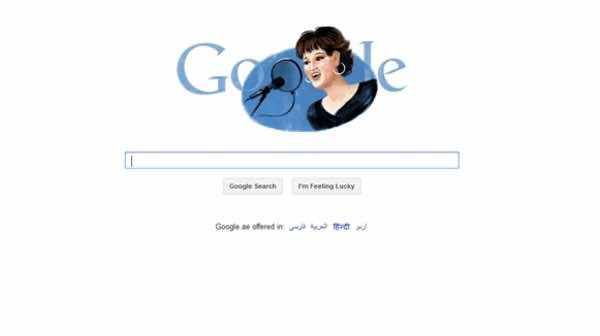 Today, you have probably noticed that the new French and Arabic versions of Google doodle feature a painted portrait of Algerian-Lebanese legendary singer, Warda Al Jazairia, who passed away last year on May 17th.

This new Google doodle celebrates the 74th anniversary of the oriental idol, who was born on July 22, 1939 in Puteaux, France, to a Lebanese mother and an Algerian father. This explained her fluency in both French and Arabic, and also elucidates why French Google is honoring her legendary artistic life as well.

Warda Al Jazairia started singing at the age of 12. Her Algerian songs rapidly carved their way into the hearts of the Algerian people because they mainly revolved around patriotic and nationalistic themes.

However, after she got married in 1962, her husband would not allow her to sing. Her marriage ended in 1972 when she accepted the request of Algerian president, Houari Boumédienne, to sing in commemoration of Algeria’s independence.

After moving to Egypt and marrying an Egyptian composer, Warda made her way to artistic fame as she released multitudinous albums and started taking part in films.