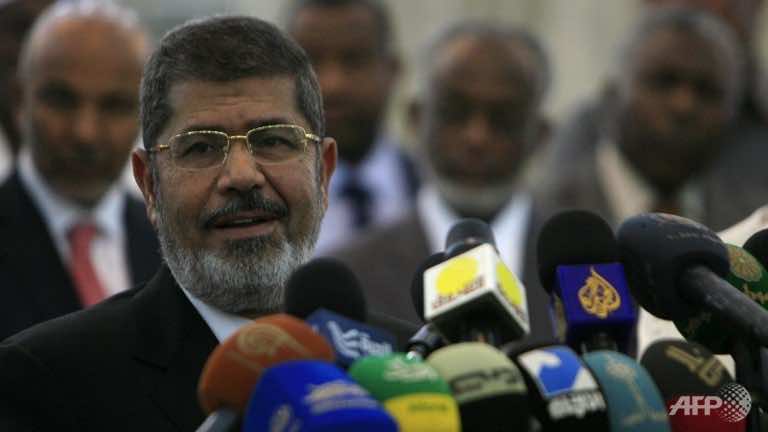 The family of Mohamed Morsi is to take legal action against Egypt’s army chief, General Abdel Fattah al-Sisi, for “kidnapping” the Islamist president, his daughter said on Monday.

“We are taking local and international legal measures against Abdel Fattah al-Sisi, the leader of the bloody military coup, and his putschist group,” Shaimaa Mohamed Morsi told reporters.

“We hold the leader of the military group and the whole of his putschist group responsible for the health and safety of president Morsi,” she added at the family’s press conference in Cairo.

Morsi has been detained at an unknown location since his overthrow by the army on July 3 following mass protests against his presidency across the country.

Several countries, including the United States and Germany, have called for his release.

But country’s interim authorities have rejected these calls, saying that he is being held in a “safe place”.

Authorities questioned Morsi on July 14 over his 2011 escape from prison during the revolution that toppled former dictator Hosni Mubarak, judicial sources said.