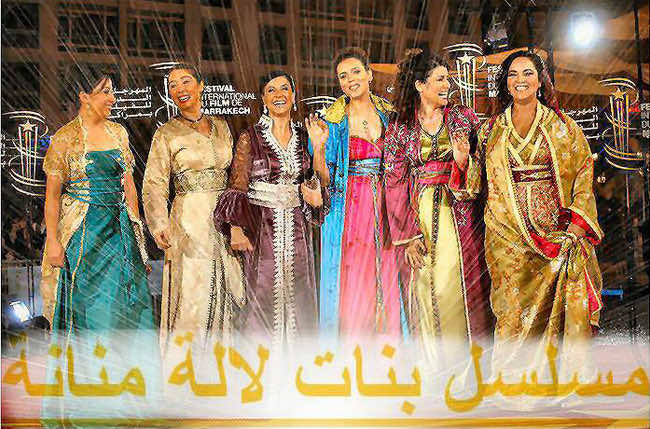 Moroccans are unhappy with the quality of home-produced programmes on national television during Ramadan.

Viewers hoping for an improvement in the quality of broadcast series and sitcoms say they have been disappointed by the programming.

“Most Moroccan series broadcast by the national television channels are weak and underestimate the intelligence of the Moroccan people,” 22-year-old student Samira Semmar said.

“The level is mediocre,” she added. “And yet they’re highly talented actors. I think it’s the scripts that let them down. You often get the feeling the actors are making it up as they go along.”

Moroccans waited a whole year, hoping to savour Moroccan artistry for the July 10th start of Ramadan, but the quality comes nowhere near the mark, said public sector worker Larbi Mellakhi. “Why do producers make comedy programmes when experience shows that humour is not Moroccan artists’ strongest suit?”

“The jokes are old and unfunny,” he added. “It’s a great disappointment to us.”

He was keen, though, to point out that not all programmes were the same. Some were even good enough to save the day, he said.

“Comedy is a difficult genre, requiring lots of time and research,” art critic Salah Chennoufi said. “Most of the programmes are characterised by amateurism, and it is clear that the failure lies in the scripts.”

It is time to give young artists an opportunity to bring new ideas, he added, noting that many young actors have come out well in talent search programmes.

Given viewer’s disappointment, many have turned to Arab satellite channels, with their unrivalled range of Ramadan television programming.

“Shows on the foreign channels are worlds away from those on the domestic channels,” 32-year-old Siham Bahri said. “From hidden camera shows to sitcoms to made-for-TV films, the quality fluctuates. There are very few home-made programmes shown during Ramadan which are good enough.”

“This is a poor audience given the resources aimed especially at Ramadan,” sociologist Hicham Sabiri said.

Back on July 9th, MPs quizzed Communications Minister Mustapha El Khalfi over the quality of home-produced television programmes for Ramadan.

Just like the general public, MPs were critical of national television production and called for a clear programme selection strategy.

Efforts have been made this year to select proposals under a bidding system, El Khalfi said.

“The challenge is simply to achieve the quality expected,” he said. “An ethics committee has been set up to receive complaints from the public. Moroccans simply want to see programmes that reflect them as they are.”

“Bnat Lalla Mennana” and “Dart Lyyam” are two examples of series that have received praise for avoiding weak comedy and for telling the story of real Moroccan daily life.