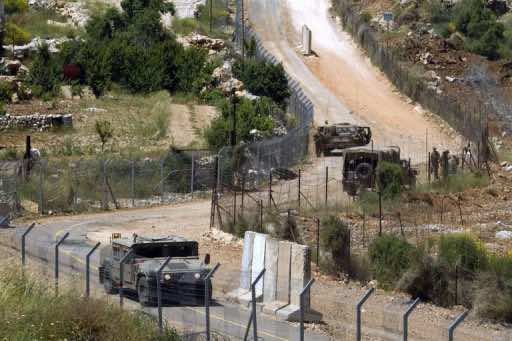 Three Syrians including an eight-year-old girl were brought to a hospital in Israel after they were wounded by fighting in the war-torn country, a medical source said on Tuesday.

“Yesterday night an injured eight-year-old girl and her 48-year-old mother were treated for fractures to their arms and legs from shrapnel,” said a spokesman for Ziv hospital, which is located north of the Sea of Galilee.

“Another Syrian adult in his 20s arrived an hour ago… with a severe head injury and was treated in the trauma unit,” he said.

The wounded were brought to the hospital by the Israeli army after being allowed across the ceasefire line with Syria, the spokesman said.

A total of 44 Syrians have received treatment at Ziv since Syria’s civil war broke out, and nine of those are currently in the hospital, including the girl admitted late Monday, he said.

The girl and her mother told hospital staff that an explosion struck near their home in Syria, and that they went to a field hospital there before being brought into Israel for more urgent treatment, he added.

The wounded are brought to Israel via the Quneitra crossing which lies on the ceasefire line in the Golan Heights, half of which is Syrian and the other half of which was seized by Israel in the 1967 Six Day War.

Israel later annexed the seized half in 1981, in a move never recognised by the international community.

Israel and Syria remain officially at war. Peace talks between the two countries collapsed in 2000 over the status of the Golan, and each country blames the other for tensions in the Middle East.