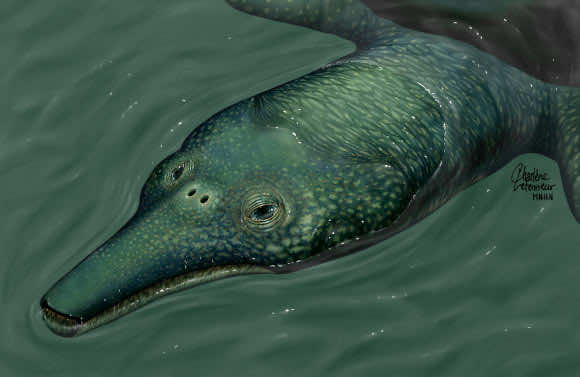 Scientists (paleontologists) have recently discovered a new species of turtle with a prehistoric fossil dating back to about 67 million years ago. According to a study published in the open-access journal PLoS ONE, the turtle, named Ocepechelon Bouyai, which was found in the Moroccan city of Khouribga, is one of the biggest sea turtles that ever lived on earth.

The name is constituted of ‘Ocepe’ which refers to the Chérifien Office of Phosphate (OCP) and ‘Chelone’; a Greek name meaning turtle. ‘Bouyai’ was attached to the name in honor of Baâdi Bouya, Head of Geology Department in the OCP who has considerably assisted the researchers during their fieldwork. Ocepechelon, whose skull is 70 cm long, was discovered in the region of Sidi Chennane in the province of Khouribga, Morocco.

The discovery of this reptile adds to the few but unique discoveries made in Morocco in terms of paleontology, like the bones of a 180 million years old dinosaur discovered in 2003 or a pterosaur discovered three years ago.