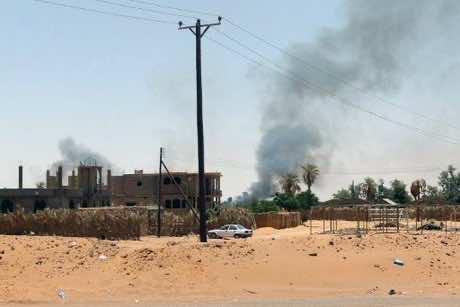 A rocket struck an apartment block in the centre of the Libyan capital on Tuesday in an attack that caused no casualties, an AFP correspondent reported.

The building is located in a residential area of Tripoli between the Corinthia hotel and a tower that houses the British, Canadian and Maltese embassies, as well as foreign companies.

The projectile hit a balcony and sparked a fire in an apartment, which residents said was empty at the time, before firefighters extinguished the blaze.

Members of the security forces at the scene said the rocket had been fired by remote control from a vehicle in the car park of the building.

A rocket-launcher could be seen inside the charred vehicle.

Residents said the target of the attack was likely to have been the Corinthia hotel.

Assailants have frequently attacked Western targets in Libya since the fall of Moamer Kadhafi in a 2011 armed uprising backed by NATO air power.

Most attacks have occurred in the east of the country, the birthplace of the uprising, which is a stronghold of Islamic extremists.