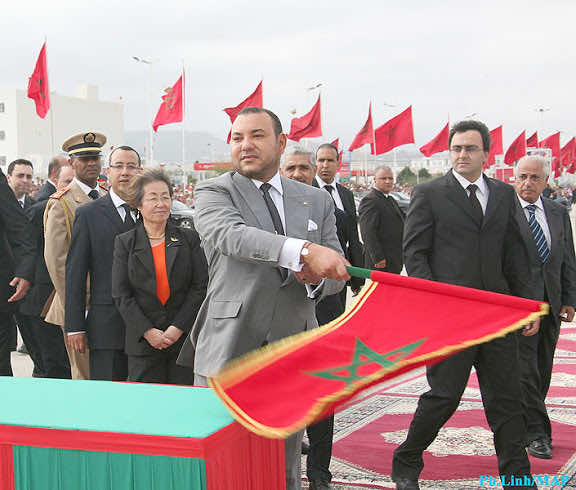 The strategic vision of King Mohammed VI, who made of Morocco a respected country at the international scene, as well as the assertive reforms launched by the Sovereign and his humanitarian work in service for just causes were hailed by a number U.S. figures, leaders of the most famous papers and think tanks.

The consolidation of the strategic partnership between Morocco and the United States through the conclusion, on September 13, 2012 in Washington, of the Strategic Dialogue, is the result of the strategic vision of the Sovereign and a recognition of the reforms implemented under the leadership of King Mohammed VI and the Kingdom’s regional leadership.

The National Interest, a magazine specializing in geopolitical issues and foreign policy, underlined, in this regard, King Mohammed VI’s role as “the guarantor of the continuity of political reforms in Morocco,” adding that such reforms are carried by deeply rooted legitimacy of the monarchy.

The moderation and tolerance which characterize political life in Morocco makes the Kingdom play a “constructive” role of mediation for the resolution of conflicts in the Arab region, as evidenced, in particular, by the efforts of the Kingdom to resolve the crisis in Syria with the meeting of the Friends of Syria, held on December 12th in Marrakesh, said Stuart Holliday, President of Meridian International Center, a Washington-based institution dedicated to public diplomacy.

The mayor of the city of Chicago and former chief of staff of the White House, Rahm Emanuel, also paid a tribute to King Mohammed VI, welcoming a “model of religious tolerance, openness and a melting-pot of different cultures.”

“With its ancient history and civilization, Morocco is on the path to modernity, under the leadership of King Mohammed VI,” Governor of the State of Hawaii, Neil Abercrombie told MAP on the sidelines of the Week of His Majesty the King in Hawaii, hosted by Honolulu on November 28 December 2, 2012.SE MAP 231150 GMT Jul 2013