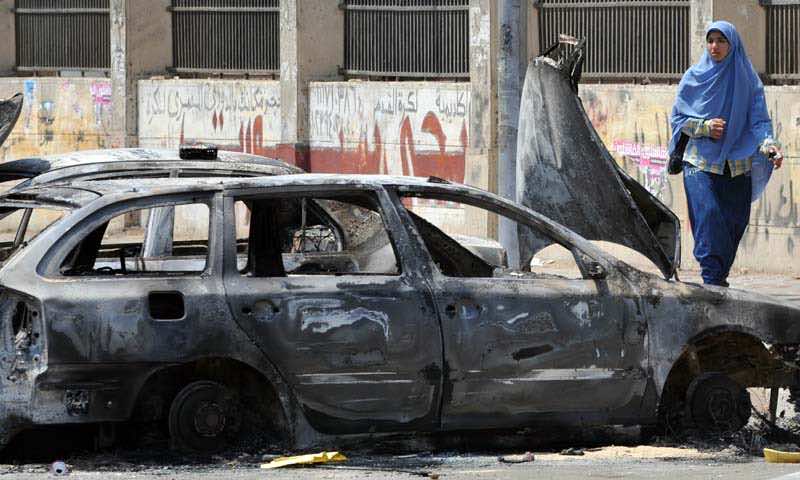 A blast Wednesday at a police station in a Nile Delta city killed one person and wounded 28, a medic said, in the latest incidence of violence sweeping Egypt since president Mohamed Morsi’s ouster.

Mohamed Sultan, deputy head of the emergency services, told AFP an explosive device went off very early in the morning outside a police station in the city of Mansura, in Dahqaliya province.

He put the toll at “28 wounded and one dead”, while state media reported that the dead man was a police conscript. A previous toll from security sources said that the explosion had wounded eight members of the security forces.

The blast came after clashes between supporters and opponents of Morsi, deposed by the military on July 3, killed at least 13 people across Egypt since Monday.

Mansura has seen previous unrest, with three women protesters dying in clashes at a rally in support of Morsi in the city on Friday.

Tensions have been high across Egypt as supporters of Morsi press protests calling for his reinstatement, even as the country’s military-backed cabinet tries to get down to work.

Nearly 170 people have died in political unrest in Egypt since the end of June, according to an AFP tally.

Violence in Sinai, where the government faces a low-level insurgency, has in the same period killed around another 40, including security services personnel, civilians and militants.