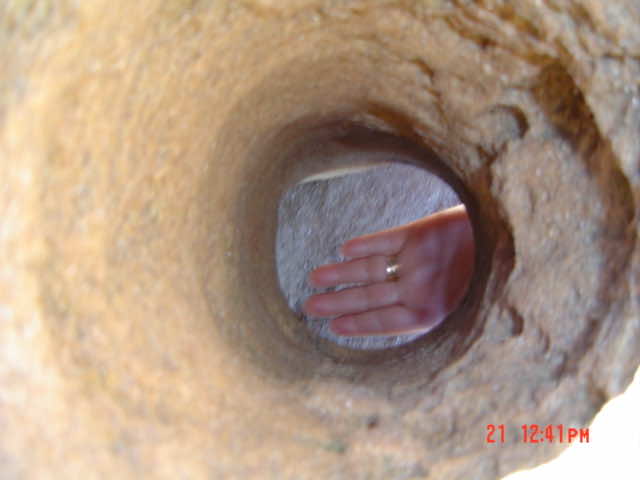 It seems to me that my stay in Albuquerque was quite a treasure at the cultural and educational levels. If I am to mention certain things I learned or learned from, I would start from the yearly balloon fiesta organized against the Sandia mountains skyline. To me as a foreigner it was an unexpected event that nobody told me about ahead of time.

I woke up one morning at seven o’clock, had breakfast and walked as usual to school, when all of a sudden I noticed a multitude of colorful balloons hanging high in the sky.

When I got to school and asked, I learned about the event and its Hispanic appellation as well. In Albuquerque, plenty of things were a source of curiosity for me starting with the name of the city itself. As a matter of fact, Albuquerque was no Anglo-Saxon name so speculations can start about its etymological origin. In the beginning I thought that since plenty of Arabic words that are borrowed into other languages start with ‘Al’, such as Algebra, Almanac etc……I thought that Albuquerque itself may have a certain meaning in Arabic.

A Moroccan friend later told me that its origin resides in the word Albarqoqi which means owner of prune trees. That was not what I heard from American friends but it was close. They said the word Albuquerque was the name of a tree with white bark. Others simply related the name to the Duke of Albuquerque. In any case, once, in Albuquerque my host family and I were invited to have dinner with friends of theirs. The food was good and the people were nice and friendly. We had a chance to talk about lots of things and places as the couple who invited us were widely traveled people.

I first noticed that from a map they had on a wall and on the map were pins that showed the places they had visited at different points of time. Itineraries were shown by linking different pins with some thread of a certain color. I never dreamt of meeting American people who would think of, let alone, spend holidays in Libya in those days. These people did! Back in history, Americans and Libyans never got along, and the famous painting of the American prisoner in Libya was an icon of such a rough relation between the two peoples.

Well this couple went for the sake of discovery and that was that. During our discussion about the journey to Libya, the man went to a room and soon came back with some artifacts he and his wife brought back from Libya. I was not acquainted with Libyan jewelry but I discovered that Libyans were masters in the field. Their genius showed mostly in a ring which caught my attention as it had an elaborate design and was topped with a green expensive looking gem. The color of the gem had no political significance as it was a genuine piece from ancient times.

I was handed the ring which I examined and admired for a while then handed it back to our host. His next question revealed to me that I had missed something quite essential about that ring … The top part of it under the green gem would unlock and reveal where deadly poison was stored for the owner to use in case of capture by the enemies.