By Abdelmajid Bouziane and Nina Morgan 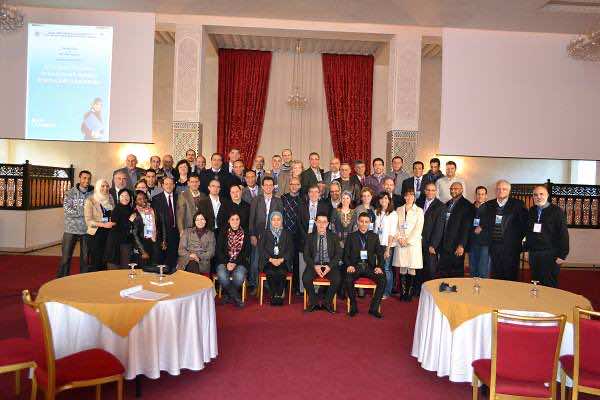 By Abdelmajid Bouziane and Nina Morgan

An exciting development in Moroccan American studies is in its early stages. 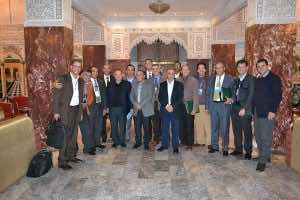 The MAS Lab was created as a result of the desire of the Ben Msik Faculty of Letters—especially the Department of English—to focus on Moroccan-American relations. The story started some years ago when Hassan II Mohammadia – Casablanca University signed Letters of Memorandum with several American universities. As the Department of English at Ben Msik had already embarked on establishing a specialization in Moroccan-American studies, their faculty members took the lead in looking for and creating more academic links.  Many important projects have resulted from these relationships, including the international exchange of professors and students, the creation of a community museum, teaching American students in summer programs, putting students (on both sides) online for interactions, and running joint conferences. Of special significance is the way in which these relationships have boosted the participation of American theater troupes over the last four years in the International Festival of University Theater (FITUC) in Casablanca, which celebrated its Silver Jubilee in June 2013. 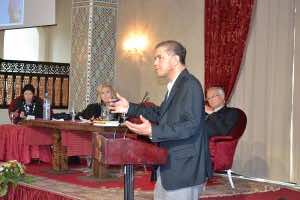 In order to formalize Moroccan American relationships and examine them from an academic perspective, two major institutional structures were created within the Faculty of Letters and Humanities at Ben Msik: the MAS Lab and the Moroccan-American Studies masters program. These two complementary bodies of research, together with American partners, work hand-in-hand to train young researchers in gaining adequate know-how to understand both Moroccan and American social issues with the hope of creating links that are based on mutual understanding and benefits between the two countries.

The students enrolled in this masters program mainly focus on four areas: Culture, Literature, Language, and Media Studies. The MAS Lab, with the support of both the University and the Faculty together with the American Embassy, organized a very successful international conference in Marrakech (4-8 December 2012) on the theme of “Interdisciplinary Perspectives on the Arab Spring and Its implications for American Studies in Arab Universities.” Lectures and discussions about the status of American Studies in Arab universities raised more questions than answers. Therefore, in order to extend the discussions about this issue and others, a group of researchers in this field in Morocco decided to create the “Moroccan American Studies Association. “ 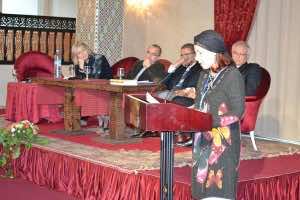 The “Moroccan American Studies Association,” or “MASA” is to be housed at TALIM, but future workshops, conferences and meetings may be held anywhere in the country.  MASA is still taking shape, so writing the “constitution,” as well as elections for officers and various other organizational tasks are yet to be completed.  Later, MASA may affiliate with the American Studies Association in Washington, D.C.

The initiative described in this report – though it happened at TALIM – was born out of the December 2012 Marrakech conference on American Studies, post-Arab Spring, in the MENA region.  The conference was organized by the Moroccan American Studies Lab of Hassan II University in Casablanca.

Dr. Abdelmajid Bouziane is an associate professor of English at the Faculty of Letters and Humanities Ben Msik, Casablanca, Hassan II Mohammadia – Casablanca University. He is involved in the teaching of skills subjects in the Moroccan-American Studies masters program. He is also actively engaged in the growth of the MAS Lab as he leads one of its lines of research: Research in Academic Skills.

Dr. Nina Morgan, Associate Professor of English at Kennesaw State University and Reprise editor for the Journal of Transnational American Studies, is affiliated with the American Studies Association (ASA), of which Nina is also former Chair of the Women’s Committee.