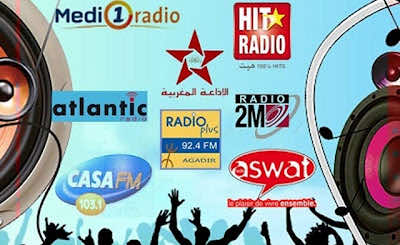 Media organizations are one of the most powerful competitors to the social institutions in making and controlling the public opinion. Media does not only shape and reshape people’s thoughts and ideologies, but it also creates a kind of moral panic as Stanley Cohen illustrates in his book, Folk Devils and Moral Panic: the creation of the Mods and Rockers.

Moral panic is the fear that is constructed by the media. For example, media contributes to the distortion of the image of heavy metal musicians among the society. The distortion in the media leads society to believe in the idea that “rockers” or the heavy metal musicians may spread some immoral and unethical beliefs. People adopt such hostile and aggressive attitudes because the media successfully manipulates people’s emotions and feelings. It is as though our feelings are no longer natural or spontaneous, but rather they are constructed and fabricated by media institutions, which are responsible for selecting out deviant groups as Stanley Cohen demonstrates. Mass media is completely against the rockers and the media represents them as a threat to societal ethics and values.

After the imprisonment of the fourteen heavy musicians in 2003 in Casablanca, the majority of Moroccan newspapers represented them as unbelievers and vampires who drink the blood of cats. “Attajdid” is one of the newspapers that attacked these young musicians and accused them of apostasy. If we read the news reports published by “Attajdid”, we may find an over exaggeration in the way that this newspaper deals with the issue of “Satanism” as a movement in Morocco, because it keeps insisting on the fact that heavy metal musicians will demolish and even undermine the foundations of Islam by spreading satanic rituals and values. “Attajdid’s” hostile attitude towards the heavy metal musicians stems from the ideological and political affiliation to the Islamic party PJD (the party of justice and development). That is to say, “Attajdid” newspaper is considered a defender of the Islamic norms and foundations in Morocco.

In fact, media over exaggerates stories in order to create fear, because fear facilitates discipline and makes people eager to be controlled. Hence, media wants to control the social norms and values of society through the constructed fear. This fact leads one to say that media plays the role of an entrepreneur, because it plays with our emotions. That is why journalists and those who are specialized in the field of media called, “moral entrepreneurs”, are able to construct fear and keep society under control.

Media tries to make some concepts so strange and unfamiliar to create interest; for example, the word “vampire”. Here, I want to raise the following question: Do we not face vampires in our everyday life? Not vampirism in the physical sense, but symbolically and metaphorically speaking. The people who take the other’s rights by force are not vampires; those who kill the innocent people are not vampires? So, vampires exist everywhere and they do not exist only among rockers and heavy metal musicians.

I can say that “hip hop”, “Satanism” and “youth culture”, in general, are considered to be the pure fruits or products of youth, who aim at resisting a counter discourse and at the same time try to create a new consciousness. Since youth culture is an unavoidable and inescapable fact, society should adopt positive attitudes towards this culture and try to get rid of the media constructed fear that contributes to the creation of a dichotomy between young people and society as a whole. This may lead us to ask ourselves the following questions: what kind of life will Morocco embrace? Can we later on refer to Morocco as a country of pop culture that believes in such movements? If yes, how will media interact with this new culture? Will it support this culture or reject it as usual? These questions will remain unanswered until we have an independent media that is governed by rules and ethics.