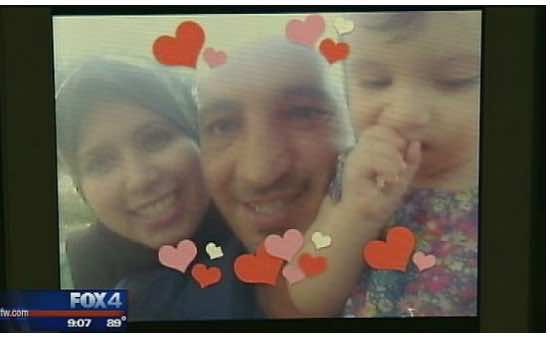 According to Fox 4, a Moroccan family has been killed in multi-vehicle crash caused by an alleged drunk driver on Wednesday on Interstate 30 in Arlington, Texas, between East chase Parkway and Fielder Road where a Toyota Camry of the Moroccan family and blue pickup collided.

The husband along with his wife and a little baby girl lost their lives on the high way in an “exciting time in their lives” according to their relatives, as reported by FOX 4.

The husband Najib Intidam, 40, died inside the car on the spot, while his wife Hanane and her daughter Noor were taken to a local Hospital where they also died.

Yassine Jamal, a friend of the Moroccan victim, said “last time I saw him was an hour here before he died.He came here and sitting there having fun of me because I have never been to Morocco.”

The Moroccan family has been to the Mosque for prayers Tuesday night, they took a friend home then went to take groceries for Ramadan, but, sadly, that was their last meal.

The same source reported that Police have identified the suspect who caused the initial crash as Benjamon Ray Stewart of Arlington, 41, who previously pleaded no contest to driving while intoxicated in 2002, according to public records.