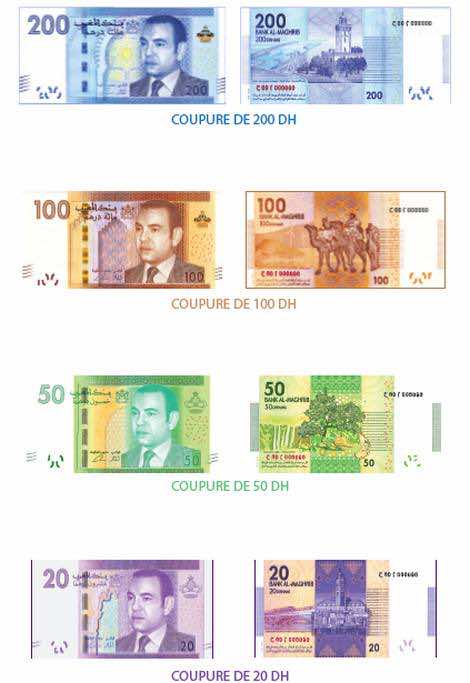 In a press conference held Wednesday in Salé, Mr. Lahcen Hadaoun, director of Dar As-Sikkah announced the issuance of approximately 20 million new banknotes by Bank Al Maghreb (Moroccan central banlk to strengthen security, improve the durability of the notes, optimize the flow by looking for a better control of the costs of production and processing, as well as improving the readability of the notes by the controllers and machines.

The new notes will ultimately be safer and more difficult to fake according by the director of Dar As-Sikkah. As for the general themes that characterize the design and printing of the new banknotes series, values such as development and modernity, solidarity, diversity and openness were apparently promoted through different symbols.

The new banknotes also reflect Morocco’s cultural and geographic diversity by featuring cities of Casablanca and Rabat in the MAD 20 note, the Argan tree of the Sous region and Ouzoud waterfalls of Azilal in the MAD 50 note, the sand dunes and desert life referring to the Moroccan Sahara in the MAD100 note and Tangier-Med port and Cape Spartel Lighthouse in the MAD 200 note.