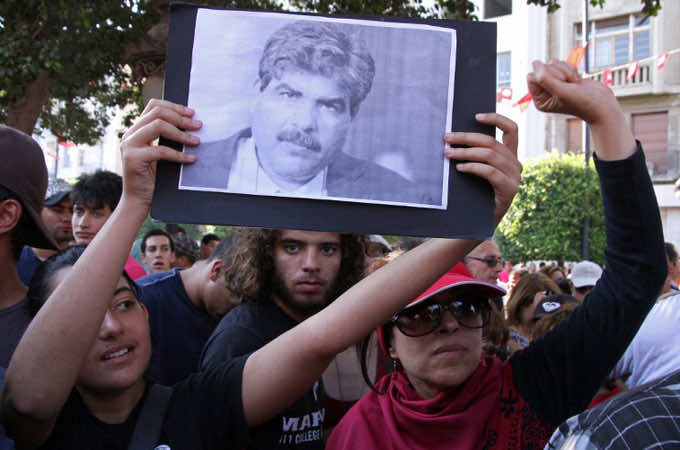 The streets of Tunisia’s capital were deserted and several flights grounded Friday as a powerful trade union called a general strike to protest the assassination of opposition figure Mohamed Brahmi.

MP Brahmi, 58, of the leftist Popular Movement, was gunned down in a hail of bullets on Thursday outside his home in Ariana, near Tunis, by assailants on a motorbike, witnesses said.

On Friday,  even the few cafes which open during the Muslim fasting month of Ramadan were closed, while shops in local markets stayed shuttered, AFP correspondents said.

Tram and taxis operated at a minimum.

Tunisair and its subsidiary Tunisair Express cancelled all flights after the strike call from the General Union of Tunisian Labour (UGTT), an airport official said.

He said Air France, Alitalia and British Airways also cancelled flights to and from Tunis, while ground crews observed the strike.

The strike was being widely observed in Sidi Bouzid, hometown of Brahmi and birthplace of the revolt that toppled longtime president Zine El Abidine Ben Ali in January 2011.

Apart from a handful of food outlets,  the strike paralysed factories and government offices in Sidi Bouzid, where dozens of people gathered outside the UGTT’s local offices, where police dispersed angry protests Thursday.