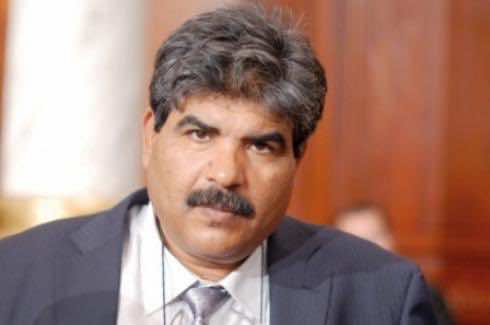 Syria on Friday condemned the assassination of Tunisian opposition politician Mohamed Brahmi, who was killed by a gunman outside his home near Tunis.

Brahmi, a leading opposition figure and critic of Tunisia’s ruling Islamists, was shot dead in Ariana, near the Tunisian capital, on Thursday.

“The government and the people of Syria condemn the assassination of Mohamed Brahmi, call for the punishment of those responsible… (and) the protection of political leaders and unionists in Tunisia,” the Syrian information ministry said.

“This assassination is a hideous crime… against the Tunisian people and against the nationalist progressive movement in the Arab world,” the statement said, according to Syrian state television.

Brahmi’s murder sparked angry street protests in Tunis, and was the second such assassination in the country this year.

Tunisia’s state television said Brahmi was riddled with 14 bullets in the brutal attack.

His killing follows the February 6 assassination of Chokri Belaid, another opposition figure.

Syria’s government is battling an uprising now in its third year, which began with peaceful anti-government protests similar to those that overthrew regimes in Tunisia and Egypt.

After a brutal government crackdown on demonstrations, the Syrian uprising evolved into an armed rebellion, which has left more than 100,000 people dead and displaced millions more.