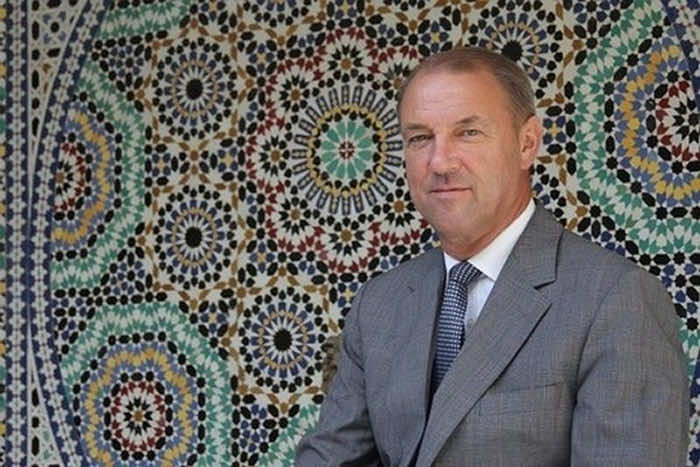 The ambassador of Netherlands in Morocco, Mr. Ron Strikker, fasted the 14th day of Ramadan in solidarity with Moroccans, after his embassy took charge of organizing a collective Ftour meal for needy people, as part of the second edition of the “Ftour du Coeur” initiative carried out by Maroc 21 association in Rabat.

Mr. Strikker modestly showed up at the Ftour time to address a word of solidarity to all participants. He was also glad to announce that he himself fasted that day and that he was delighted to share the Ftour meal with the beneficiaries in a familial atmosphere, according to Actu-Maroc.

Before and during the Ftour time, 150 volunteers dressed in orange, a color of historical significance to Netherlands, were circulating from one roundtable to another, ensuring that beneficiaries were well served. The Ftour atmosphere was reportedly exceptional. According to those who were there, it was a great illustration of inter-cultural solidarity and cooperation.

“While some Muslim and Arab embassies did not respond to his partnership request concerning the charity initiative, the Embassy of Netherlands delightfully accepted to take part in it and give a helping hand to the association,” Mr. Abdelrhni Bensaid, president of Maroc 21 association, was quoted by Actu-Maroc as saying.

The number of beneficiaries this year reached 1,200 persons up from 500 people last year. This increase is mainly due to the double efforts invested by the association? its partners and sponsors. The Maroc 21 association plans to extend its charitable activities to other parts of the country.