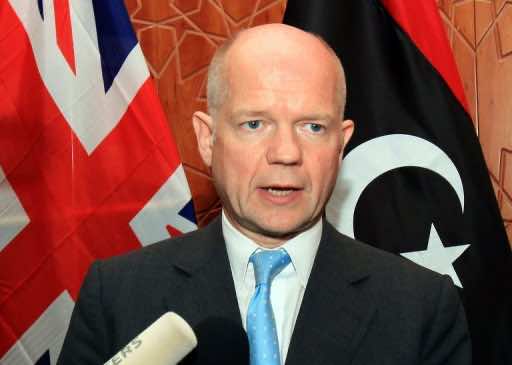 British Foreign Secretary William Hague on Saturday condemned the use of force against protesters during deadly clashes in Cairo and accused Egyptian security forces of using live rounds.

Hague also called on Egyptian authorities to either release or charge all political leaders detained since the army toppled Islamist president Mohamed Morsi on July 3. Morsi himself remains in detention.

“I am deeply concerned by recent events in Egypt, and condemn the use of force against protesters which has led to the loss of lives,” Hague said in a statement released by the Foreign Office.

“I call on the Egyptian authorities to respect the right of peaceful protest, to cease the use of violence against protestors, including live fire, and to hold to account those responsible,” Hague said.

Hague called on “all sides to refrain from violence” and said it was “time for dialogue, not confrontation.”

“I also call on the Egyptian authorities to release political leaders detained following the events of 3 July, or charge them in accordance with the law. Such charges must be free from any suspicion that they are politically motivated,” Hague said.