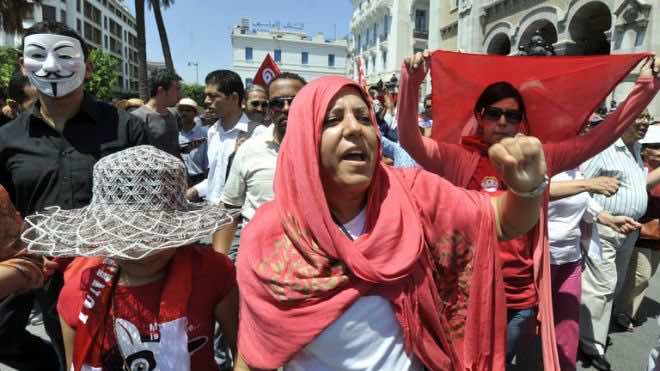 A bomb wounded a policeman in a car park outside a police post in the port of Tunis on Saturday, a witness and two radio stations said.

The blast hit at 5:45 am (0445 GMT) in La Goulette in the northern outskirts of the Tunisian capital, the witness and the Express FM and Shems FM radio stations said.

It occurred as a policeman approached a four-wheel drive vehicle parked in front of the post after garbage collectors spotted a suspicious object underneath it, the witness said.

Residents said they were awoken by the sound of the blast, causing many of them to panic.

The interior ministry could not be immediately reached to confirm the bombing, the the first known attack of its kind against a security vehicle in Tunisia.

The blast comes two says after gunmen assassinated opposition leader Mohamed Brahmi, who was to be buried later on Saturday amid tensions over sometimes violent protests against the government.