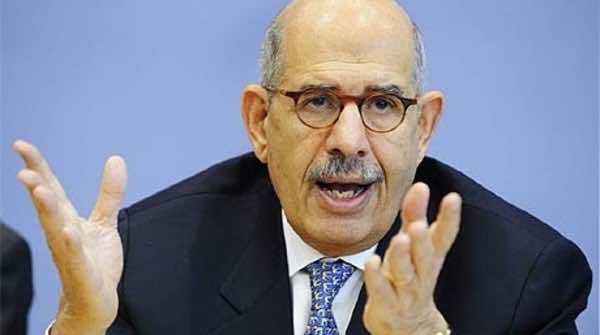 Vice President Mohamed ElBaradei on Saturday strongly condemned the “excessive use of force” in Egypt after deadly clashes between supporters of ousted President Mohammad Mursi and security forces.

“I strongly condemn the excessive use of force and the deaths, and I am working hard and in every direction to end the confrontation in a peaceful way, God protect Egypt and have mercy on the victims,” he said on his Twitter account.

Dozens of Mursi’s supporters were shot dead early Saturday in the deadliest incident in a month as violence erupted after huge rallies for and against the Islamist president who was ousted in a military-led coup on July 3.

Prominent liberal leader Mohamed ElBaradei, a former head of the U.N. nuclear watchdog and a Nobel peace laureate, was sworn in as interim vice president for foreign relations on July 14.