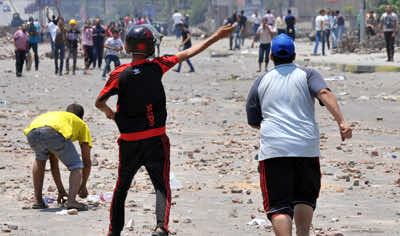 Egyptian security forces killed 10 “terrorist” gunmen and captured 20 in an operation in the Sinai Peninsula over the past 48 hours, state news agency MENA reported on Sunday.

“Security operations carried out by the armed forces and police in north Sinai to hunt down armed terrorists… (resulted) in the liquidation of 10 of these armed terrorist elements,” the agency said, citing a security source.

“The forces also managed to capture 20 of these elements,” it added. Egypt’s Sinai Peninsula, which borders Israel, has been the scene of increasing violence since a coup that overthrew Islamist president Mohamed Morsi on July 3.

Militants have conducted almost daily attacks on security forces in the area, where security had already deteriorated since the 2011 uprising that overthrew then-president Hosni Mubarak.