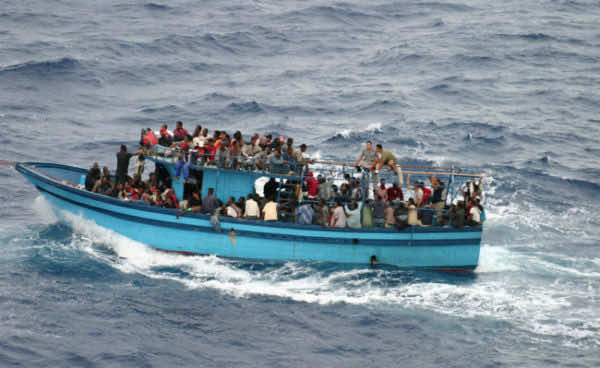 Thirty one migrants, including nine women, drowned off the coast of Libya during an attempted crossing to Italy according to survivors who managed to complete the journey, Italian media reported Sunday.

A dinghy carrying 53 migrants capsized on Friday evening, and witnesses said 31 of those who had been thrown off it drowned in the accident.

The twenty two survivors, who come from Nigeria, Gambia, Benin and Senegal, said the dinghy had capsized after three days at sea. They were rescued by a passing merchant ship and taken to Lampedusa island, the reports said.

As the number of boat immigrants attempting the crossing soars in the good weather, rescuers saved another 450 people trying to reach Italy on Friday and Saturday, increasing tensions at the already crowded refugee centre on the island.

Another 92 migrants including 16 women were rescued Sunday morning in the Strait of Sicily after their boat got into difficulty.

Since 1999, more than 200,000 people have arrived on Lampedusa which is closer to North Africa than Italy making it, along with the Greece-Turkey border, one of the biggest gateways for undocumented migrants and refugees into the European Union.

In nearby Malta, 112 migrants were saved from their drifting dinghy overnight Saturday in a 13 hour operation during which eight of those rescued were airlifted to hospital by helicopter for urgent medical attention.

That group which included 20 women and four children was suffering from exhaustion, dehydration and sun stroke, a Maltese army spokesman told AFP.

The latest arrivals bring the number of migrants to land on Malta in July to 880 an all time record for a month while 1,200 people in total have landed on the island so far this year. 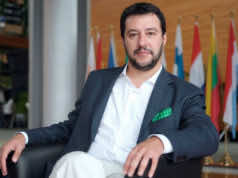 Italy to Invest €1 billion in North Africa for Border Management