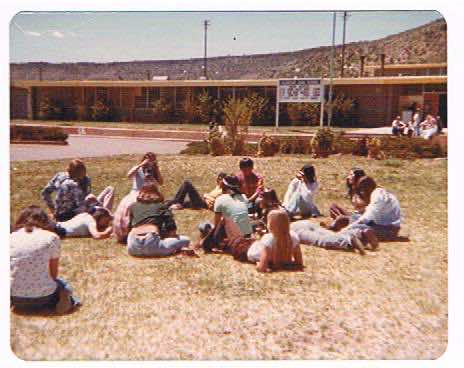 Some people see Indian reservations as states within a state while others think it is nothing but an elaborate form of ‘apartheid’. It is not my duty to say which view is more accurate and which is not nor do I wish to invest myself in the history and geography of the American Indians. Rather, I would relate an interesting experience I had in the White River Apache reservation in Arizona.

The word ‘Apache’ has some magic about it which may stem from our early readings, as children, of illustrated stories about Indians and cowboys and how ruthless and cruel Indians were portrayed. My stay within an Apache community for a fortnight in 1976 dissipated all pre-established views and stereotypes about these brave people.

Apaches are nice and hospitable people who certainly are ready and willing to die for their territory, culture and beliefs but are equally ready to make peace with non-threatening strangers. As for their own community policy, they certainly have in store harsh punishment for people who trespass their code of morals. I happened to make an unpleasant discovery in this regard while walking along the alleys of an Indian village with an Apache friend of mine.

A woman crossed our way, and I wouldn’t have written this piece had I not paid attention to how she looked like. She seemed to have a peculiar nose; as a matter of fact it couldn’t even be called a nose, as no nostrils were there. They appeared to have been severed with some sharp tool quite a long time ago. I was rather fortunate because I had an Apache friend with me to answer my inquiry about that.

Above all, I was fortunate because my friend was honest in supplying a straight forward answer: In the old days, married women who committed adultery were punished in that manner according to the Apache code of honor. Things seemed to have evolved in a better direction in places called “civilized zones”, as the modern educational system seemed to contribute to opening new horizons for residents of the Indian reservation.

At White River school, where I studied for a short period of time, Apache students, male and female alike, studied and learned side by side and enjoyed the same rights and had the same duties. There, in that school, in the middle of the beautiful natural environment of White River Apache Reservation, learning was in progress for a better life and a better world where human dignity counts.