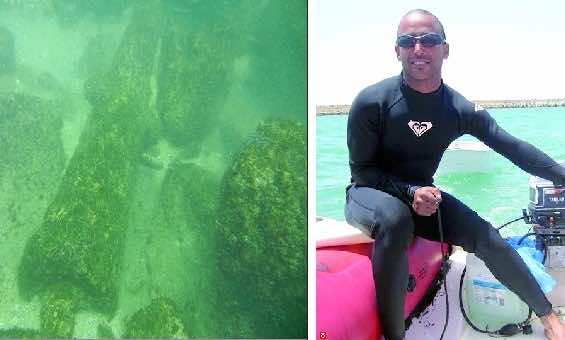 Rumors of a recent invaluable treasure found underneath Safi’s beautiful sea have been roaming throughout the city and at the national level until a recent press release from the ministry of culture made public the real nature of the archeological discovery.

According to daily Libération, the ministry of culture clarified that what was actually dug out of 10 meters undersea was a war vessel dating back to the 16 century.

Based on the initial observations of a team of experts, the discovered warships, which was apparently left aground offshore five centuries ago, was carrying cannons and mortars.

Said Ait Baaziz, the now famous Moroccan diver who discovered the wreck of the warship, has also denied rumors talking about an “invaluable treasure.”

According to the same sources, Ait Baaziz got immediately in touch with the ministry after he made this discovery, albeit he was not certain of its true nature.

“Initially, I couldn’t tell what sort of objects I had come across 10 meters underneath the northern zone of the sea, right before the industrial town,” Ait Baaziz was quoted as saying by Libération. “It is only after I dived one more time that I realized that it was actually a ship carrying cannons, and not treasures, as most rumors surprisingly claimed,” he further clarified.

Reportedly, the warship was found to carry 18 cannons aboard, a historical discovery that is beyond any monetary value.

Ait Baaziz, the adventurous diver and explorer, is now awaiting a sign of encouragement from the ministry for the efforts he invested in saving an invaluable segment of Safi’s patrimony.