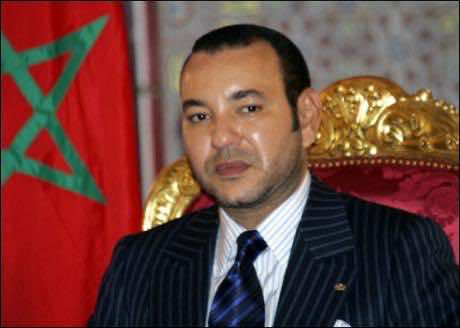 Morocco will pursue the dynamic process initiated at the domestic level, which is aimed, in the first place, at achieving more economic and social good governance, in order to face the other parties’ stubborn positions who seek to maintain the status quo in the Sahara, said King Mohammed VI.

“In the face of the stubborn positions adopted by the other parties, who seek to maintain the status quo, as well as their misleading campaigns, Morocco will pursue the dynamic process initiated at the domestic level, which is aimed, in the first place, at achieving more economic and social good governance,” he said on Tuesday in a speech to the nation on the occasion of the throne day.

Expressing commitment to make sure that this dynamic process is fully and effectively implemented” “through a regional development model that is being prepared by the Economic, Social and Environmental Council”, the King stressed the international “backing” gained for the Moroccan Sahara issue as a result of “a better understanding of the circumstances and considerations underpinning the issue of our territorial integrity”.

“As a result, there is growing support for our judicious autonomy initiative”, he said, noting that “the latest Security Council resolution clearly confirms the criteria that must be observed to reach a realistic and consensual political settlement.” “More specifically, the King went on, the resolution highlights the regional dimension of the dispute, as well as the responsibility of Algeria, which is involved at the political, legal and humanitarian levels, given the deteriorating situation in the Tindouf camps.”

The throne speech further recalled that the UNSC latest resolution stipulates that “the human rights issue should only be addressed through national mechanisms, namely the National Human Rights Council, which enjoys international credibility and which carries out significant action on its own initiative, positively interacting with the United Nations procedures.”

Secondly, went on the King, “this dynamic process is designed to enhance territorial and institutional governance, through the optimization of opportunities offered by advanced regionalization”. The third objective of this process is “to improve political and security governance, in order to protect the individual and collective freedoms of our citizens as well as their property, while fully respecting legal provisions and guarantees.”

King Mohammed VI called for “total mobilization on the part of all of the nation’s driving forces, who will have to be in step with the efforts undertaken by public authorities in this regard” in order to secure the success of this “process, which is both pertinent and equitable in terms of its nature and implications”.