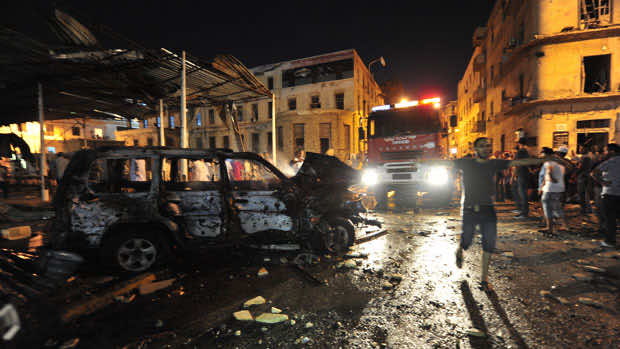 The UN mission in Libya said on Tuesday there was an urgent need for national dialogue and expressed grave concern at the latest violence rocking the troubled North African state.

The United Nations Support Mission in Libya statement came after violence in Tripoli and Benghazi nearly two years after the fall of the regime of dictator Moamer Kadhafi.

“UNSMIL expresses its grave concern over the deteriorating security conditions and the growing acts of violence in their various forms that have targeted political activists, judicial institutions, diplomatic missions, army and police personnel as well as state facilities and others,” it said.

It condemned the violence “in the strongest terms” and called on the authorities to “intensify their efforts to address the security challenges that Libya is facing”.

On Tuesday, security forces defused a sophisticated car bomb that had been parked outside a luxury hotel in the capital in the latest security incident to hit the country.

It came a week after another Tripoli hotel was thought to have been targeted by a rocket that missed and hit a nearby apartment building.

Assailants have frequently attacked Western targets in Libya since Kadhafi was ousted and killed by rebels in a 2011 armed uprising backed by NATO air power.

Most attacks have occurred in the east of the country, the birthplace of the uprising, which is an Islamist stronghold.

The UN statement also urged Libyans “to unite in confronting the risks threatening their safety and security and the country’s stability”.

Premier Minister Ali Zeidan said on Monday he would restore a feared Kadhafi-era security agency and reshuffle the cabinet to help resolve a political crisis and end the violence.

On Monday, a car bomb exploded in central Benghazi. A security spokesman told AFP it had been an attempt to kill a senior naval officer.

Clashes between the Libyan army and an armed group near the central town of Sirte also killed two people and wounded four, the LANA news agency reported.

Many Libyans blame political rivalries for the problems plaguing a country awash with militias and weaponry left over from the 2011 revolution.