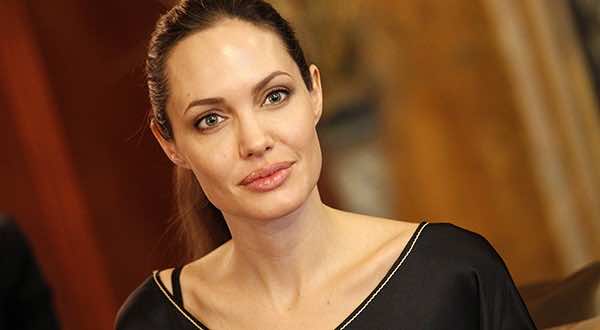 Angelina Jolie, who will next be seen on the big screen in the film “Maleficent,” is Hollywood’s highest paid actress with estimated earnings of $33million in the last year, according to Forbes.

She easily surpassed this year’s Best Actress Oscar winner Jennifer Lawrence, who came in second with $26 million, and pushed Kristen Stewart of the “Twilight” series, who topped the list last year, into third place with earnings of $22 million.

“Hollywood hasn’t shied away from Jolie. She’s still one of the few actresses who can demand a paycheck north of $15 million for the right movie – like Disney’s retelling of the old Sleeping Beauty story, Maleficent,” reporter Dorothy Pomerantz, wrote on Forbes.com.

Jolie, 38, made headlines earlier this year when she revealed she had a double mastectomy after learning she had inherited a high risk of breast cancer. “Maleficent” will be released next summer.

The celebrity mother, who has three biological and three adopted children with her fiancé, actor Brad Pitt, rose from third place on 2012’s list.

Jennifer Aniston, whose newest movie “We’re the Millers” will be released in U.S. theaters next week, captured fourth place with earnings of $20 million and Emma Stone, who appeared in “The Amazing Spider-Man” with real-life boyfriend Andrew Garfield, was No. 5 with $16 million.

Forbes talked to agents, managers and other people with knowledge of the film industry to compile the ranking based on estimated earnings from June 2012 to June 2013.

Sandra Bullock, who was third in last year’s list, dropped to No. 7 with estimated earnings of $14 million and Julia Roberts slipped from sixth to 10th place this year, taking home$11 million.

Oscar-winner Bullock wowed audiences with the female buddy comedy “The Heat.” Her 2009 film “The Blind Side,” who which she won a best actress Academy Award, earned $309 million on a budget of $30 million, according to Forbes.

Mila Kunis, at No. 9, was a newcomer to the ranking this year with earnings of $11 million. Two films she starred in, “Ted” and “Oz: The Great and Powerful,” earned a combined $1billion at the global box office.