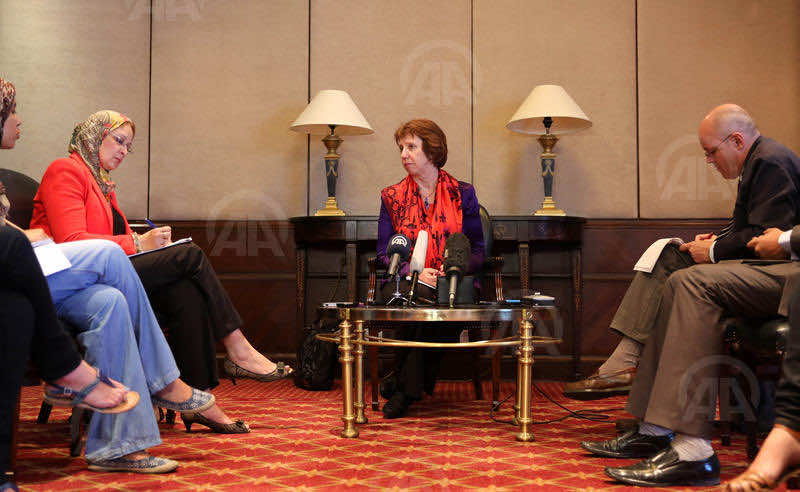 “President Morsi rejected Ashton’s attempts to pressure him into stepping down, resigning or accepting proposals that would amount to recognizing the military coup,” he added.

Ashton said earlier on Tuesday that she had met with Morsi, asserting that the ousted president was in good health and was being treated well.

The EU’s top diplomat described her meeting with Morsi as “frank, open and warm,” adding that he had access to newspapers and television.

Asked by AA if she felt Morsi was ready to accept the military-imposed status quo, Ashton declined to answer.

“I will not put words in his mouth,” she said.

Ashton said she did not know where the deposed president was being held, adding that she had been flown to the meeting venue by a military helicopter.

According to al-Beltagi, Ashton spent two hours with Morsi.

“I expect that she tried to pressure him to step down, resign or call upon his supporters to end their sit-in,” he added.