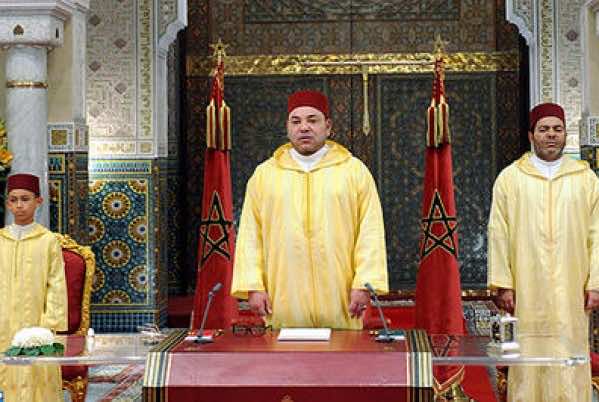 On the occasion of the fourteenth anniversary of his enthronement, King Mohammed VI stressed the importance that Morocco safeguards its Islamic identity known for its moderation, tolerance and openness, as well as its plural identity and linguistic diversity.

In keeping with a longstanding tradition, the king addressed the people, highlighting several major economic and social projects launched by the kingdom, in addition to the political and institutional reforms that were introduced to fulfill the aspirations of the nation.

Expressing commitment to make sure that culture should reflect the practical diversity, plural identity and linguistic diversity of the kingdom, the king expressed his keenness “to ensure that culture receives all the attention it deserves.”

“Not only is it the bedrock of cohesion within the nation, but it also reflects our identity as well as our traditional values,” the King said.

The King stressed that “since Morocco boasts a rich identity built around a variety of specific linguistic and ethnic components, and given our country’s outstanding cultural and artistic heritage, the cultural sector should seek to illustrate this diversity and to encourage all forms of creativity, be it in connection with our time-honored heritage or with contemporary trends, thereby reflecting a harmonious blend between traditional values and modern creativity.”

The throne speech further recalled that all citizens should be mobilized to complete the reform of the justice, and “the preservation of our identity and its protection against the risks of reclusiveness and distortion hinge upon the proper understanding of our religion.”

The King also expressed his commitments, as Commander of the Faithful and protector of the faith and of the community of believers to preserve Morocco’s “tolerant Islamic identity”.

“Ours is a typically Moroccan approach to the practice of Islam, which is based on the homogeneity of the Maliki rite, as well as on tolerance and moderation,” the King noted.