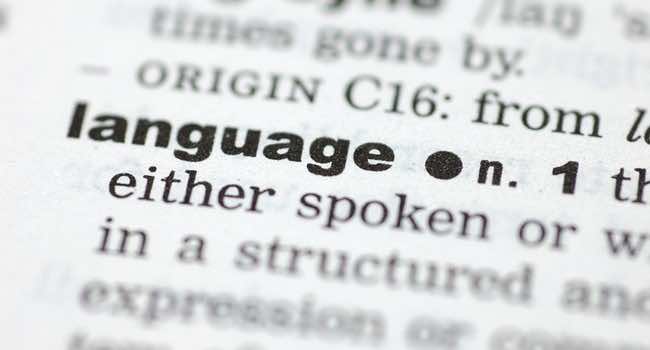 By
youssef sourgo
-
Youssef Sourgo is currently a Master’s student in Linguistic and Literary studies at Ain Chok Faculty of Letters and Humanities.
Jul 31, 2013
Spread the love

Powerful institutions and individuals use language as both a means to construct their power and as a way to maintain it. Language thus becomes necessary for the maintenance of power, and the power and effect of language in turn rely on the power of individuals and institutions themselves.

Language is delineated as “a social practice” (Fowler 61), by which power relations are established and sustained. This supports Fairclough’s (1989) view that power is not only built and sustained via coercive means (by force), but also via indirect ways (the use of language).

Besides institutional power, or the power exercised by entities that are overtly recognized for holding a position of authority (the police, for example), there also exist other types of power relations: between family members, between educated and uneducated people, and so forth. Individuals and groups in this category of power relations use language as their main tool for maintaining status and power.

A father in a phallocentric family, for example, would not forcibly have to resort to force in order to impose his authority over the other members of his family. Consider the following example taken from a short story entitled A Meeting in the Dark, by African writer Ng?g? wa Thiong’o:

Sit down. Where are you going?’

‘For a walk, Father,’ he answered evasively.

‘Well-yes-no. I mean, nowhere in particular.

We can clearly see in this short conversation that the father is exerting his authority on his son. The father here does not resort to force while talking to his son, something that we can deduce from the absence of any textual reference by the author to the use of power by the father. On the contrary, the father resorts to a straightforward, strict style of address with his son (‘Sit down. Where are you going?’).

The style of speech deployed in the example is clearly loaded with power and authority, bearing in mind that the context in which this conversation takes place is within a patriarchal family, in which the father, who is a fervent preacher, is the member in control. The example above supports Fairclough’s (1989) view that power relations are not class-bound, and can be manifested though the use of language during social interactions between individuals.

Other scholars, namely Fowler (1985) and Kramarae, Schultz and O’Barr (1984), have supported the view that power is developed and maintained via interaction (the social practice of language). These scholars argue that language or discourse serve to construct and manipulate concepts of power in society.

For instance, an uneducated person who is exposed daily to a media content that uses language to promote patriarchal principles is likely to be influenced by such ideas, and might consequently put those principles into practice within his or her own marital life. The media in this case serves certain ideological purposes that might pertain to a dominant community (Mayr 2). Hence, these types of media use language in such a way they change people’s perceptions of and attitudes towards their social practices and relationships.

Fairclough (1989), Fowler (1985) and Kramarae, Schultz and O’Barr (1984) all agree that language is “a social practice,” and that power is constructed and developed via social interactions marked by hierarchy and asymmetry. However, we can still draw a distinction between two different uses of language in the context of power relationships: language as public discourse, and language as private discourse (Bielsa and O’Donnel 1).

The former refers to the language used by powerful public institutions through the mass media. The power exercised via this public use of language usually stems from to governments and political parties. Those powerful institutions use language or “public discourse” (Dijk 84) to construct and promote their dominance, by producing knowledge about society and advertising a given social practice (Mayr 3).

The press, for example, uses a variety of techniques to change the way people perceive of and think about a certain social phenomenon. Fowler (1979) presents a “checklist” that students of Critical Linguistics can refer to in their analysis of the functions that discourse serves in the context of power relations.

Transitivity is one main feature included in Fowler’s (1979) checklist of categories of structure. It generally refers to how meaning is represented in a clause (Kay and Aylett 1). In the print media, for instance, choices of transitivity structures are not arbitrary. They serve a certain ideological purpose that is clearly manifested in how different newspaper headlines, for example, report the same events, but with dissimilar focuses and interests. Below are two headlines from two different American daily newspapers reporting the same piece of news:

It is clear that each headline reflects the same events. As far as transitivity structure is concerned here, the way participants in each clause are structured, as well as the words chosen to report the occurrence, are illustrative of how language is used differently to promote or reflect different interests.

Though the two newspapers are reporting the same event, this discrepancy between the headlines is not accidental. This difference of focus demonstrates Foucault’s definition of discourse, which is the way knowledge and reality are constructed (Mayr 8). Such discrepancy in the way discourse constructs reality is illustrative of the “power of language.”

This type of discourse retrieves its power and legitimacy from the social roles individuals play in their society (ibid 15). One example of such manifestation of private discourse in social relationships is doctor-patient interactions. Consider the following example cited in Allen and Guy (1989:46):

Doctor: You have diabetes? Your pancreas metabolism is impaired and its ability to manufacture insulin, and therefore, your digestive processes cannot utilize your intake of glucose.

Patient: (to Nurse): What did he say other than I have diabetes?

Patient: So why didn’t he say that in the first place?

This extract from a doctor-patient interaction exemplifies how private discourse is used to maintain a certain power relation between interlocutors. D uses a highly technical jargon that is characteristic of his field of expertise to explain to P about his/her health condition. Perhaps D could have used the same discourse used by N to explain P’s health condition. Rather, D favors a discourse not accessible to P, as it is clearly deducible from P’s responses that P’s knowledge of the medical field (D’s area of expertise) is mediocre compared to D.

D’s use of language in the extract above is not random. D could at least consider the fact that P is a patient, and not his or her colleague in medicine. D’s personal use of language denotes asymmetry and an interest in maintaining a doctor-patient distance (power relationship).

In contrast, N successfully infers that D’s discourse is undecipherable for P, and thus uses a discourse that is more comprehensible for P. Therefore, we can say that N is relatively not interested in maintaining any power relationship between herself and P, as she resorts to “a communicative” use of language, which is aimed at producing understanding rather than maintaining power (Mayr 5).

To conclude, this paper has discussed some of the discursive manifestations of power. Fairclough’s (1989) view that the relationship between “language and power” is manifested beyond class struggle has been exemplified through some social interactions (father-son interaction and doctor-patient interaction).