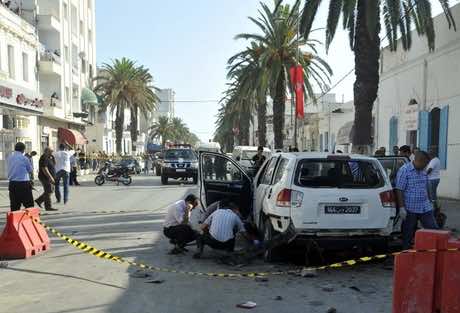 A roadside bomb went off as a national guard patrol passed south of Tunis early on Wednesday without causing any casualties or damage, a commander said.

“This section of road is well-known for its 24 hour a day patrolling by the national guard, and the bombers were aware of that,” Jouhri said.

The bombing came as Tunisia held three days of national mourning for eight soldiers slain by militants near the Algerian border.

The soldiers were found on Monday with their throats slit after they were ambushed by an armed group in Mount Chaambi near the Algerian border where the army has been tracking al-Qaida militants.

The western region has been the focus of an upsurge in violence this year.

But there have been a number of attacks on police stations and other security force targets across Tunisia since the 2011 Arab Spring uprising which the authorities have blamed on hardline Salafist groups.