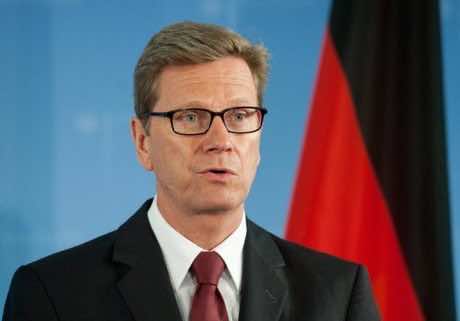 German Foreign Minister Guido Westerwelle was to travel to Egypt Wednesday for talks with the interim government and backers of ousted president Mohammed Morsi.

A spokesman said the visit was aimed at encouraging the country to return to the path of democracy and had been closely coordinated with EU foreign policy chief Catherine Ashton, who visited Cairo this week.

Westerwelle “would like to get a sense of the situation during this critical phase and will promote the quick return to democratically endorsed conditions and the resumption of an inclusive transformation process with all his interlocutors,” the spokesman told reporters.

“A key message is that it is crucial for all those involved to commit to cooperation, an end to violence and dialogue.”

Westerwelle will meet representatives of the interim government including Foreign Minister Nabil Fahmy as well as leaders of Morsi’s Muslim Brotherhood before returning to Berlin Friday.

He has no plans however — unlike Ashton — to meet with Morsi himself, the spokesman said.

Ashton failed during her three-day visit that wrapped up Tuesday to end the political stalemate between the army-installed government and Morsi supporters fueling deadly protests.

Germany, Europe’s biggest economic power, has warned that further aid to Egypt is dependent on respect for democratic principles.

Chancellor Angela Merkel has called for the release of Morsi, who has been detained since being ousted by the military on July 3.