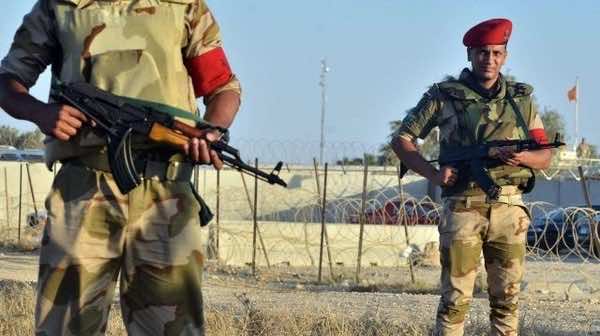 An Egyptian soldier was shot dead and two others were wounded in two separate attacks in the Sinai Peninsula on Monday, security officials said.

Gunmen shot at an army checkpoint outside a military building in the north Sinai town of El-Arish, killing one soldier.

The two other servicemen were wounded when gunmen attacked another checkpoint outside a bank, the officials said.

Security in Sinai has been deteriorating since the 2011 uprising that overthrew president Hosni Mubarak.

Attacks have also escalated since the July 3 ouster of Mubarak’s elected successor, Mohamed Morsi, and the latest death brings to 32 the number of security forces killed in the area.

Sinai is largely inhabited by Bedouins who have long had difficult relations with the central government in Cairo.

It borders Israel and the Gaza Strip, and weapons, drugs and people are regularly smuggled across the frontier.