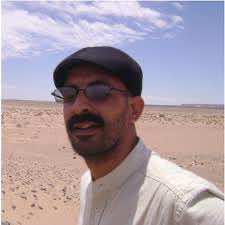 We do not have to use people’s tragedies to build our personal comedies and false glories. People who do not change themselves in moments of peace cannot change anything in periods of instability and absurdities.

All these faked campaigns and created plays are merely unbased acting. They are just emotional reactions from dwarfs of no actions. We are used to this kind of Shakespearean play that is ‘full of fury ‘ and that signifies ‘nothing’

Meaningless debates and battles in a country whose politicians are busy fighting the monsters and the witches instead of fighting the real thieves, the corrupted and criminals who have been raping the whole nation for centuries.

Frankly speaking, rape is not something new in our society. We are a society full of rapists and future rape victims and rapists. We spend our time thinking about tricks to rape both the individual and society. Our daily language is fully symbolic of raping. We dream of raping others, while others are dreaming about raping us.

Our democracy is raped. We borrowed a raped democracy that we have raped even more so as to make it fit our raped reality. Unconsciously, by doing so, we weren’t aware that we were but raping our ethics, personalities and identities.

We are a nation of raped and rapists. We rape each other with our mouths, eyes and sexual organs every day and we wish to rape those who are still unraped. The citizens are raped by those in power.

Our nation is itself raped by the citizens who lost their personal dignity and their feeling of citizenship and at the same time by those who pretend to serve the nation and the people in private and in public.

Political parties have been raping our national virginity since independence. They inherited the bed where the colonizer used to rape our ancestors. Thus, these same nationalist political parties are using the same bed to rape us as a nation.

We build hotels, motels and touristic cities to create good and safe conditions for the foreign rapist, from the East and the West,  to them toenjoy raping the Moroccan body in peace. We protect them with our national security forces and we encourage their exploitation of our national males and female.

The business of sex and the sex of business are what we serve, what we like and what we export. Instead of investing in educational institutes, we turned our schools and universities into factories of sexual production where girls sleep by day and spend the nights in nightclubs and hotels selling their own properties: their bodies.

Moroccan kids, as well, are raped day and by night by both Moroccans and foreigners. Moroccan manhood and womanhood are raped every day. We rape each other continuously as we are raped by one another.

Rape is what we reap. We think with our sexual organs more than we do with our minds. Hypocrites we are and so we will be. Only emotional reactions are offered for political  agendas. The same reactions, same people, same rewards and same fruits: Nothing changes. Things get worse year after year.

But instead of facing the bitter truth, we enjoy living in silence, hypocrisy and darkness. We create courts to sentence the poor and the innocent and we change constitutions to pardon the criminals and the rapists. We sweat to find political and judicial justifications to justify our social and political injustices.

For me, rapists do not deserve any pardon for any reason whatsoever. They are not humans who should benefit from our human rights and feelings. They are walking beasts. No justice can satisfy the raped. The rapist should cut off their sexual machines with their hands and be thrown as food for the beast in the jungle. They do not deserve any kind of sympathy just as they do not deserve a grave in our lands.