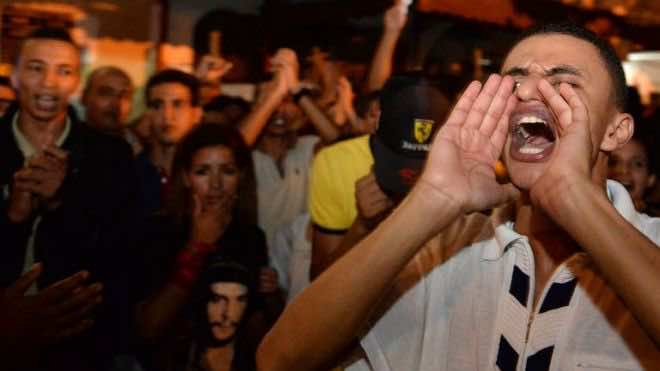 The royal pardon may have been revoked but residents of the Moroccan city of Kenitra still want to know why a man convicted of raping their children was ever released.

Spanish paedophile Daniel Galvan Vina, who lived in their midst for years, was found guilty of raping 11 children aged between four and 15, and jailed for 30 years in September 2011.

But on Tuesday of last week, he was among 48 Spanish prisoners pardoned by King Mohamed VI in response to a request from King Juan Carlos, who visited Morocco last month.

Galvan was released and deported back to his homeland, so that by the time the pardon was revoked late on Sunday, he was beyond the reaches of the Moroccan authorities.

Spain’s ambassador to Morocco, Alberto Navarro, told the El Pais newspaper that Rabat can now ask that Galvan serve out the rest of his sentence in a Spanish jail.

But for residents of this city of more than 350,000 people, 50 kilometres (30 miles) north of the Moroccan capital, that prospect is scant consolation.

A planned demonstration in the city centre late on Sunday went ahead despite the announcement that the pardon had been revoked.

Primary schoolteacher Fatima Imelouane joined the demonstrators with her daughter.

“We still don’t understand what is behind this affair,” she said.  “Why this pardon? Why the revocation? Who is responsible and what are the government and the justice minister (Mustapha Ramid) doing?” she asked.

“There is so much ambiguity in all of this.”

Student Oumaima Haitouf, 22, said she had rushed to join the demonstration as soon as she read about it on Facebook.

“Like many people in Kenitra, I feel humiliated,” she said. “We want to know how all this happened.”

The palace said the king had been unaware of the “abject” nature of Galvan’s crimes when he granted the pardon and had ordered a probe into his “regrettable release”.

In Spain, the opposition socialist party demanded explanations from the government as to why Galvan’s name had been included on a list of prisoners whose release was sought from Morocco.

Lawyer Hamid Krairi, who was largely responsible for Galvan’s arrest and prosecution in 2011, expressed “relief” that the royal pardon had been rescinded.

But he said the decision did not go far enough.

“People here want answers about the circumstances of this pardon,” he said.  “He lived here in complete impunity from 2003 to 2011,” said Krairi, who obtained incriminating photographs of Galvan with his child victims that were instrumental in his successful prosecution.

“Most of his victims came from outlying districts of the city,” said the lawyer who acted for the children’s families.

On June 20, police arrested a British suspected paedophile after local residents overheard screams from a six-year-old girl he allegedly abducted.

And in May, a Casablanca court jailed a 60-year-old Frenchman for 12 years after convicting him of paedophilia.

Sunday’s protest in Kenitra passed off peacefully albeit under a heavy police presence.

But new demonstrations were planned for Casablanca on Tuesday and Rabat on Wednesday.