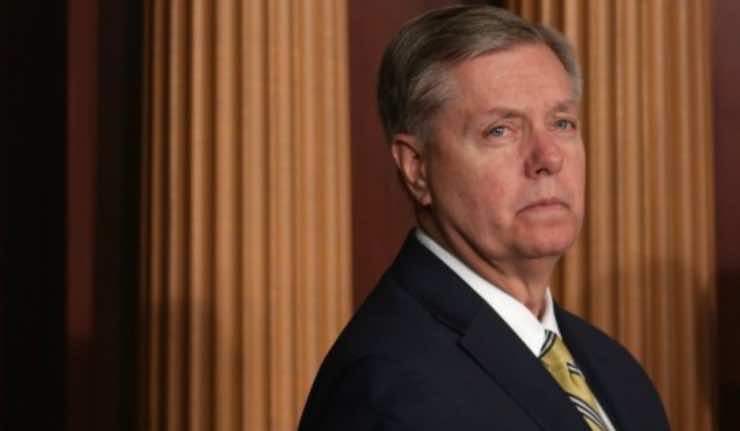 Two leading US Senators urged Egypt’s leaders Tuesday to engage in an “inclusive” dialogue with supporters of ousted president Mohamed Morsi as a way out of the crippling political crisis.

“Democracy is the only viable path to stability,” said McCain, a former presidential candidate, calling for “an inclusive political process in which all Egyptians are free to participate.”

Both lawmakers referred to the military’s July 3 ouster of Morsi as a “coup,” something their government has been reluctant to do as it would have legal implications for the $1.3 billion dollars (977 million euros) in US aid to Egypt.

“The people who are in charge were not elected, and the people who were elected are now in jail,” Graham told reporters.

“In a democracy, you have to talk to each other. It is impossible to talk to somebody in jail,” Graham said.

“The judicial system will deal with this in the future. Jailing opposition is not the exercise of a legitimate power,” he said.

Morsi has been formally remanded on suspicion of offences committed when he escaped from prison during the 2011 revolt that toppled president Hosni Mubarak.

Prosecutors have also set an August 25 date for the trial of the Muslim Brotherhood Supreme Guide Mohammed Badie and his two deputies.

Egypt’s political crisis, sparked by the military’s July 3 overthrow of Morsi, has paralysed the country and deepened political polarisation and social divisions.

Morsi loyalists, mostly Brotherhood members, say the ouster of the country’s first freely elected president violates democratic principles and nothing short of his reinstatement would end their sit-ins.

The interim leadership says there is no turning back on the army-drafted roadmap that provides for new elections in 2014.