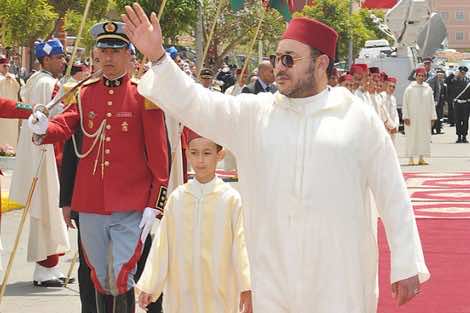 King Mohammed VI received this Tuesday at the Royal palace of Rabat parents and relatives of children victims of the Spanish pedophile Daniel Galvan Fina, says a release of the Royal office. During the audience, the King reiterated his feelings of sympathy and empathy for their sufferings resulting both from the appalling exploitation of which their children were victims and from the release of the concerned individual and its psychological impact on them, the release adds.

“This royal audience confirms the Sovereign’s keenness to the respect the law and feelings of families, as well as his firm commitment to protect children’s rights and preserve their dignity, the Royal office.

“It also confirms the Sovereign’s firm resolve to carry on untiring efforts to guarantee the protection of all social categories, mainly children and other vulnerable groups, preserve them against all forms of vile exploitation and move forward on the path of consolidating the options and major reforms conducted by HM the King, particularly regarding the promotion of the situation of women, children and youth, with the aim of securing them all conditions of social integration and active participation in the development of their country,’ the release stresses.

In this context and owing to his position and feeling as a father and to his responsibility as a King, the King assured the victims’ families of his resolve to set forth for the victim children all the needed means of psychological support to help them overcome traumas caused by these despicable crimes and the failures that might reopen wounds that are not yet totally healed.