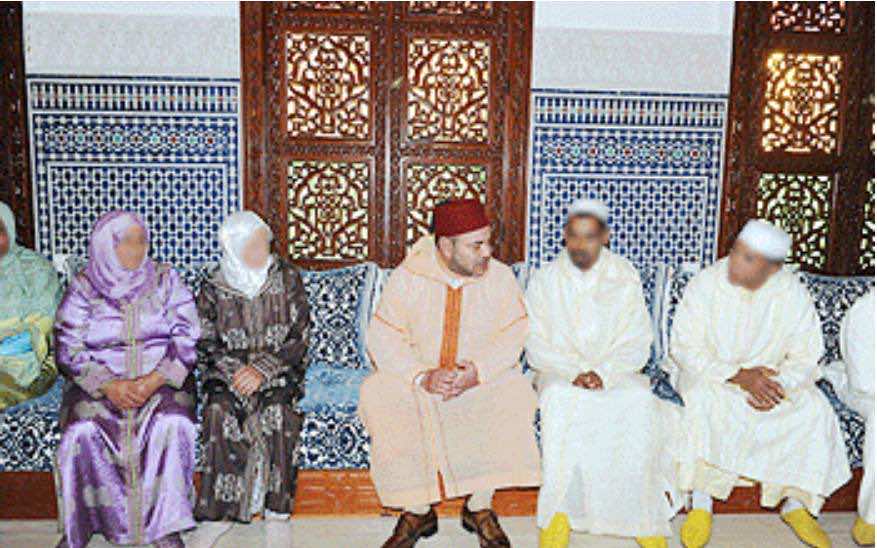 Whether we agree or not, the right to protest is a constitutional right that should be respected. The use of force by the Moroccan police against protesters is a sign of regression of all human rights’ achievements the Kingdom enjoyed for the past decade.

The brutality of the police was awfully shocking. I felt like we are back to the years of lead that saw serious violations of human rights. Saying no to the royal pardon is a right, a civil and individual liberty protected by the Constitution. HM the King qualified himself as a citizen King after the adoption of the 2011 constitution. The actions that he is currently undertaking are a proof and a sign of the non sacredness of the king.

The Royal Institution has indirectly apologized and acknowledged its responsibility through all the steps it has undertaken these past few days: issuing two press releases from the Royal cabinet in less than 24 hours, explaining the situation, revoking the pardon granted to the pedophile, opening an investigation, giving instructions to the Ministry of Justice to reform the system of the Royal Pardon, dismissing the head of the Penitentiary  Administration, Hafid Benhachem and receiving the victims’ families.

The royal audience with the victims’ families confirms the King’s keenness to respect the law and the feelings of families, as well as his firm commitment to protect children’s rights and preserve their dignity. All this indicates that the King reacts and responds to the concerns of his citizens. This could only be a good start. Also, thanks to the courage of the Moroccan citizens who took to the streets to denounce the pardon, we are witnessing today a new symbiosis between the King and the People.

BUT is this enough? The issue is beyond presenting an official apology. The whole Royal Pardon system must be reformed; the government should ensure the implementation of citizens’ constitutional right to access public information; the investigation must be made public and the perpetrators and accomplices must be prosecuted while guaranteeing a never come back to these mistakes that could endanger and impact Moroccans’ dignity and public image worldwide.

The infamous criminal Daniel, who was arrested by the Spanish police, should be prosecuted again and complete his 28 year term either in the Spanish or Moroccan prison. This will depend on bilateral agreements between the two countries on criminal extradition as well on the current talks between the justice ministries of both Morocco and Spain.

The government must also take responsibility and break its silence and use the powers granted to it by the Constitution instead of chanting their famous song « Crocodiles and Ghosts » and throwing the responsibility on hidden powers allegedly blocking the reform process. The head of the government must investigate the abuse of power and the use of force against peaceful protests and prosecute the perpetrators, while ensuring that these incidents will never be repeated.

Some Moroccans are waiting for an apology, for a reaction from Government members who were totally absent, and spent their time publishing photos of cozy Iftars on their Facebook pages as if they were not concerned with this public affair that tarnished the image of a whole country.

YES, we want stability, YES we are with our King BUT we need concrete reforms within the continuity of our institutions. And YES thank God we are in a country where its king listens to his people.

This case has certainly demonstrated that we have a very weak system of governance, and a government who is not courageous enough to admit mistakes and take responsibility. It has also shown weak responses of political parties, biases of the media and the absence of several civil society activists with the exception of real activists who remained faithful to their principles. Thanks to the king’s positive responses and to the moral and political consciousness of several Moroccans, we have witnessed many changes in our beloved Morocco.

Yet, one should not forget that we also have a cultural issue of understanding political change in our country. Protesting for change does not mean protesting against the King. It is a share responsibility between the governed and the ruler. Unfortunately we have a silent majority of people who are totally indifferent to what’s going on in the country and are only watching events happen. Others could not go beyond excessively criticizing on their Facebook kingdom without having the courage to clearly voice their opinion or take action.

I am Moroccan and proud to be so, and I will not ask as some did to drop my nationality. I would do my best to change from within because Morocco needs me and you and all the brave social activists to make change happen and move the country forward without falling into the trap of a chaotic revolution with no real solutions.

I hope it will be an occasion for a new revolution of the King and the People for a democratic Morocco, a Morocco that respects and protects human rights and civil liberties. I love my country and I love my king and I hope to live in stability in my country without fear or repression.