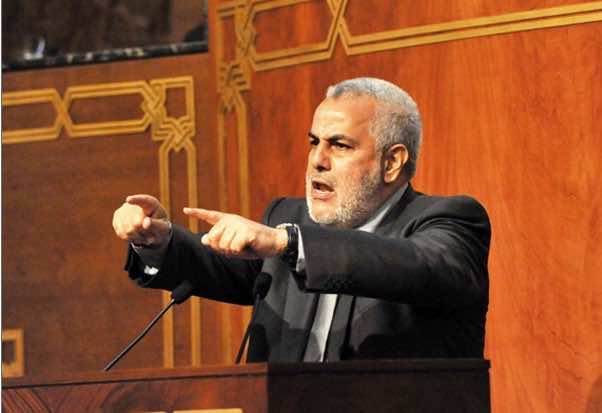 By
Loubna Flah
-
Loubna FLAH is a Moroccan national.
Aug 6, 2013
Spread the love

The first rise of the PJD (Party of Justice and Development) to power in the 2011 elections especially after the uprisings in Morocco heralded new grounds for hopes for many Moroccans. Everyone believed that change was coming.

The suggested constitutional reforms were reportedly voted by 98, 49% of voters despite calls for boycott. A new constitution, new political faces taking their seats in Rabat ministries, all these elements ushered the start of a new era and Morocco was proudly labeled as “the exception “in the Arab world.

Benkirane, the newly appointed head of government and secretary general of the PJD grew popular among the electorate not necessarily for his political adroitness or for his visionary policies, but for the fiery rhetoric he unleashed on his political foes. The same man that stirred both admiration for his audacity and laughter for his witty language would become less lovable to many Moroccans after he collected political blunders while in office.

In this article, the name Benkirane does not refer to only to the individual himself. It has rather a metonymical dimension including the PJD as a whole. Every politician can make missteps, but for a party that was propelled to power in critical times not to do the oral work to save the sinking ship, one can say that Mr. Benkirane made many; some of these blunders would have detrimental effects on the longevity of the coalition government.

It is customary to do a holistic appraisal of the government performance after 100 days in office. Those of Benkirane’s government were full of glossy promises rarely followed by the concrete deeds Moroccans were longing for. To justify the lethargy in his government, Mr. Benkirane evoked his famous tale of “Crocodiles and Demons” (Tamassih ou al afarit in Arabic).

Bekirane often used this metaphor to refer to those powerful lobbies hindering his bids for ethical reforms in economy, media and politics. This supernatural narrative  is unlikely to be the output of his fertile imagination , but the use of a metaphor by the head of government instead of  a plain reference to those blocking his way is itself one of Benkirane’s Seven political sins we listed below. The aim of this analysis is not the personal denigration of the Head of government, Mr. Benkirane, for such approach serves no functional purpose. Our chief goal is to identify the PJD faux pas, an exercise that any honest and responsible citizen has the right to do.

It is well known that beyond the common interest, any party forming the government has always an eye on the forthcoming elections. Any step is a part of more extended calculus that aims among other goals to appeal to wider segments of the constituencies. Supposedly, the political game changes slightly in the case of a coalition government, since parties are expected to obliterate some of their differences so as to cooperate. Yet after Mr. Benkirane courted the IP (Istiqlal Party)   and the PPS (Party of Progress and Socialism) to fill vacant seats within his government, he became oblivious of the consensual principles vital for the continuity of coalitions. Despite the IP’s recurrent warnings, the PJD continued to make unilateral actions, especially in economy which have soon proved to be real political bloopers. Two years later, disgruntled with Benkirane’s seclusion, Mr. Chabat, the IP’s secretary general, decided to pull out from the coalition government leaving the PJD with many vacant seats and the threat of an unrelenting opposition.

Mr. Benkirane has become well known for his humorous rhetoric adorned with jokes, metaphors and folklore wisdom. Benkirane’s stylistic choices became less entertaining and in many occasions embarrassing, especially those used during the parliamentary questions where the citizen’s interests were at stake. Instead of providing the opposition’s MPs with data, figures and palpable facts, Mr. Benkirane often deflects attention from the main query to a number of peripheral issues.  The populist discourse may work admirably to rally crowds of supporters and queues of voters, but it is utterly extrinsic to the performance of governance where achievements weigh much more than words.

In the Greek tragedies, the tragic hero goes through an unpleasant change in fortune usually from prosperity to adversity to use Aristotelian terms. The hero’s fall is said to be precipitated by an inherent flaw that leads her/ him to their own demise. The most noticeable vice that is likely to drive the PJD out of favor is its political ambivalence and fickleness of its allegiances. Statements and counterstatements became the trade mark of the PJD ministers during their first months in office. After the pledge to put an end to rentier economy and to reveal the list of the beneficiaries of sand quarries and high-seas fishing contracts, the PJD ministers slumbered into a brooding silence providing untenable explanations. Similarly, the adversity towards the RNI’s (National Rally of Independents) secretary general Mohammed Mezzouar soon turned into love and courtship to use Tawfiq Bouachrine’s words (the editor-in-chief of Bayan al Yawm daily). These kind of shaky positions are likely to reduce severely the PJD fan base as its popularity is already waning.

The coalition government implodes, one of the largest parties withdraws, a pedophile receives royal amnesty, crowds of activists take to the streets as a sign of protest, the activists are beaten mercilessly, but the government remains, I like here to use the French expression “de marbre”, the government is unmovable, undecided whether to condemn the royal pardon or to support it. Apparently, the PJD ministers have lost the ability to weigh the pros and cons of any possible step. This accounts probably for its lethargy when it comes to taking firm stands at crucial moments. When the economic crisis worsened and the need for the financial institutions help became imperative, the government stumbled in its own silence until the whole situation flew out of handle. Similarly, when asked about Human Right abuse against unemployed protesters and activities, the government uses a semantically poor language.

It would be unfair to allege that Benkirane and his government have pushed the Moroccan economy down the road of recession, but it would be valid to conclude that it has mishandled the economic problems.  In this regard, the steps made obviously lacked the economic expertise and most importantly the long term vision needed. Instead of stimulating growth through the consolidation of the private  sector as a surrogate to a burdened public sector,  The PJD led government remained crippled  in its corner amassing by all types of deficits and left with one option, borrowing. Ironically enough, the financial institutions like the IMF require borrowing countries to squeeze public spending so as to reduce their budget deficit and restore the macroeconomic balance. But austerity measures seem not to corroborate with the pressing need for social reforms. Consequently, the government is left with two options: either to forgo the promises it made to its voters or to earn the wrath of the IMF and similar institutions.

In this general assessment one should give to Caesar what is to Caesar’s.  Truth be told, the PJD came to the government with flowery hopes and good intentions and it ventured to make some of these hopes true. But there were “crocodiles and demons” every way barring Benkirane’s way to political salvation. We may digest this unbelievable tale, but were Benkirane so engulfed in such Machiavellian gambit; he and his ministers could have been firmer either by denouncing the crocodiles or by quitting a government with such restricted maneuverability.

Everyone remembers how the media reforms submitted by the Minister of Communication and PJD member Mr. Al Khalfi were soon overthrown by a handful of pro-Francophonie figures.  Just when Moroccans were waiting for a strong response, Benkirane’s government capitulated with no glimpse of resistance. What is the use of ministerial positions, if the minister is usurped even from the right to draft bills and specification without pressure and censorship? In the same vein, the desperate attempt to reconstitute the fallen coalition with the alliance of its former discredited foe, the RNI, shows how far Benkirane can go to keep his government afloat despite the abyss ahead.

Sins are all sorts of misdeeds that go counter the set of ethical norms established by a given community. Though sins can face divine retaliation, they remain nonetheless open for redemption. The PJD seems to be experimenting with politics to the detriment of the hopes of millions of Moroccans. On the way to political apprenticeship, mistakes undoubtedly occur but when they are obstinately reiterated and when the political calculus takes over the interest of the masses, the eligibility of our ministers should be put into question.