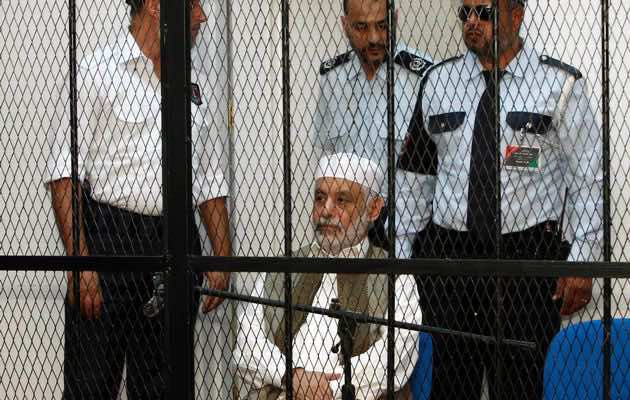 A Tripoli court on Wednesday ordered the prosecution in the trial of Libyan leader Moamer Kadhafi’s last premier, accused of murder and corruption, to produce documents as sought by the defence.

“The prosecution must produce the items, audio recordings and pictures” seized from the offices of the former prime minister, Al-Baghdadi al-Mahmudi, said the judge, Saddok Taeib, before the trial was adjourned to October 9.

Mahmudi, who appeared in a blue prison uniform and with his head shaved, and two co-defendants are accused of involvement in the “gratuitous killing of civilians” during the 2011 armed conflict which led to Kadhafi’s ouster and slaying, as well as of racketeering.

The court ordered the prosecution to also come forward with three letters from the ex-premier, from the justice ministry and from Kadhafi, after a defence lawyer said funds were mobilised for legal action against NATO bombing in support of rebels in the 2011 conflict.

“These letters are very important for the defence case,” he said.

On Tuesday, French lawyers for Mahmudi called for the trial to be postponed after they were unable to secure visas to travel to defend him, amid fears of “revenge” justice in Libya.

Mahmudi escaped from Libya in September 2011 after Tripoli fell to the rebels fighting Kadhafi’s rule and was later arrested in Tunisia, which extradited him to his home country in June 2012, stirring controversy in Tunis.

The latest hearing in Mahmudi’s trial, which opened last November, comes just days after Amnesty International published a report warning that hundreds of former soldiers and supporters of Kadhafi were at increased risk of thedeath penalty.

This follows the sentencing to death of Ahmad Ibrahim, a former Kadhafi minister, at the end of July for his role in the deadly repression of the rebellion.

“While the victims of war crimes and human rights violations have the right to see justice being done, justice must not turn into revenge,” said Philip Luther, director for the Middle East and North Africa at Amnesty.